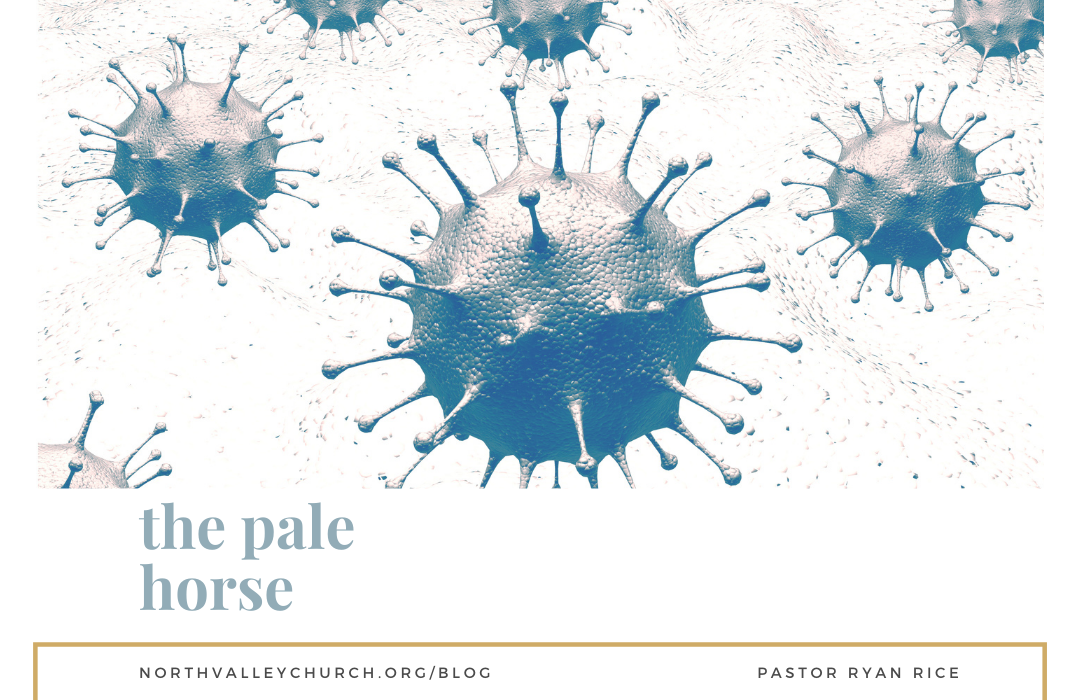 I looked, and behold, a pale horse! And its rider’s name was Death, and Hades followed him. And they were given authority over a fourth of the earth, to kill with sword and with famine and with pestilence and by wild beasts of the earth.

When we look at this final horse and its rider we find not only one frightening figure but two. The horse’s color here is pale. The Greek word used here is chloros, it’s where we get the word, chlorine in English.

The color here symbolizes that of a decaying corpse that is well advanced. It’s a yellowish-green, a picture of death. This horse’s rider is fitting. His name is death, and his partner’s name is Hades.  The word hades is another word for hell. It’s the place of death and suffering.

IM COMING… AND HELL IS COMING WITH ME

Recently my family and I traveled down to Tombstone, AZ for a family vacation. The Old West town seemed to be frozen in time. Saloons, brothels, banks, and the courthouse still stand to this day.  As we walked the streets, we saw pictures of movie stars from the 1993 movie Tombstone! If you recall in the movie,  there is a famous scene, towards the end, where Wyatt Earp, played as Kurt Russell yells out in a mean voice, to some outlaw while brandishing a double-barrel shotgun, saying “You tell 'em I'M coming... and hell's coming with me, you hear?”

As we look at the Pale Horse and its rider, he could say the same thing. Hell is coming with him!  Death and Hades will be storming our world, like the grim reaper and the gravedigger. They will together wipe out nearly ¼ of the world's population. If this were to happen today. This means roughly 1.5 billion people will die in a seven-year period of time. This is shocking when we recall that the total estimate of all those killed in wars throughout all of human history ranges from 150 million up to 1 billion. In this seven-year period of time, the sting of death will be on the minds of all. No one will escape it.

It’s hard to imagine these kinds of numbers. But when you look at the arsenal of weapons that they will use, it makes sense. First, there is a mention of a sword, this symbolizes war. These will likely be weapons of mass destruction such as nuclear missiles or bombs, or some kind of biological warfare. This Red Horse is a symbol of warfare. Secondly, these riders will bring famine. This will be in addition to the famine mentioned earlier. Perhaps this rider’s will be even worse. Third, these riders will come bringing pestilence, and fourth they will unleash wild beasts that will ravage the world.

WHAT DOES THE PESTILENCE AND WILD BEASTS REPRESENT?

The pestilence and wild beasts, I believe point towards diseases and deadly viruses that often spread through animals.  Consider the definition of the words themselves. Pestilence is a fatal epidemic, meaning it’s a widespread occurrence of infectious disease, in the Bible these are at times referred to as plagues, or in today’s time, we might call these pandemics. The most recent widespread virus, COVID-19. This virus has quickly become a global pandemic. It’s death toll so far is just over 1 million people worldwide.

Many experts say that the viruses came from bats. It’s not uncommon for these super viruses to come from animals and then transfer themselves to people who come into contact with them. This is especially true in countries where there is a greater population of people and animals such as China.  Scientists have called these diseases spillover diseases. These diseases often originate first in animals and then move to humans.

It’s undeniable of the increasing rate of new diseases that are emerging in our world at a rate that is hard for the doctors to keep up with. The CDC reported that they recently detected more than 220 cases of illness caused by a rare breed of bacteria that are as one report stated were… “virtually untreatable!”

Ed Yong, who writes for the Atlantic and covers science,  pointed out in an article titled, “The Next Plague Is Coming. Is America Ready?” that new diseases are forming fast and scientists cant’ keep up with them. The article went on to state that they are forming on average of one new disease per year and have been doing so over the last thirty!   The conclusion is that as the population grows and the contact people will have with animals these spillover diseases or super germs will continue to form and our medical communities won’t be able to keep up. Currently, estimates are 700,000 to several million people are dying each year from these bacteria. Many of which no antibiotic can help.

With this understanding, it’s easy to see how these beasts, could likely be animals in our day and time that end up giving humans diseases and viruses that our bodies will not be able to fight off. Unlike most diseases of times past. The riders Death and Hades will ride in on the Pale Horse and deliver a pandemic as a violent virus that will have no cure. Death will sweep across the globe. One-fourth of the world’s population will die as a result of the destruction they bring.

FORESHADOWING NOT A FULFILLMENT

Some may say, this is the end. Corona Virus is part of the tribulation! But you can be sure that this is not the end! While we are living in the last days, or end times, in the church age, we need to remember the order of events in God’s calendar.

As believers, we are awaiting the rapture. This is the event that must occur before the Great Tribulation begins. God has promised to rescue the church from this coming trial. (Thessalonians 4:13-20)  All the trials, and tribulations that we see in the times past or in times present are simply a foreshadowing not a direct fulfillment of prophecies that we have studied. The stage is being set for the final act of God’s redemptive plan in world history.

Some may say so what should this teach me. How should I respond in knowing just how bad it’s going to get. Here are three points to put into action.