The King on His War Horse 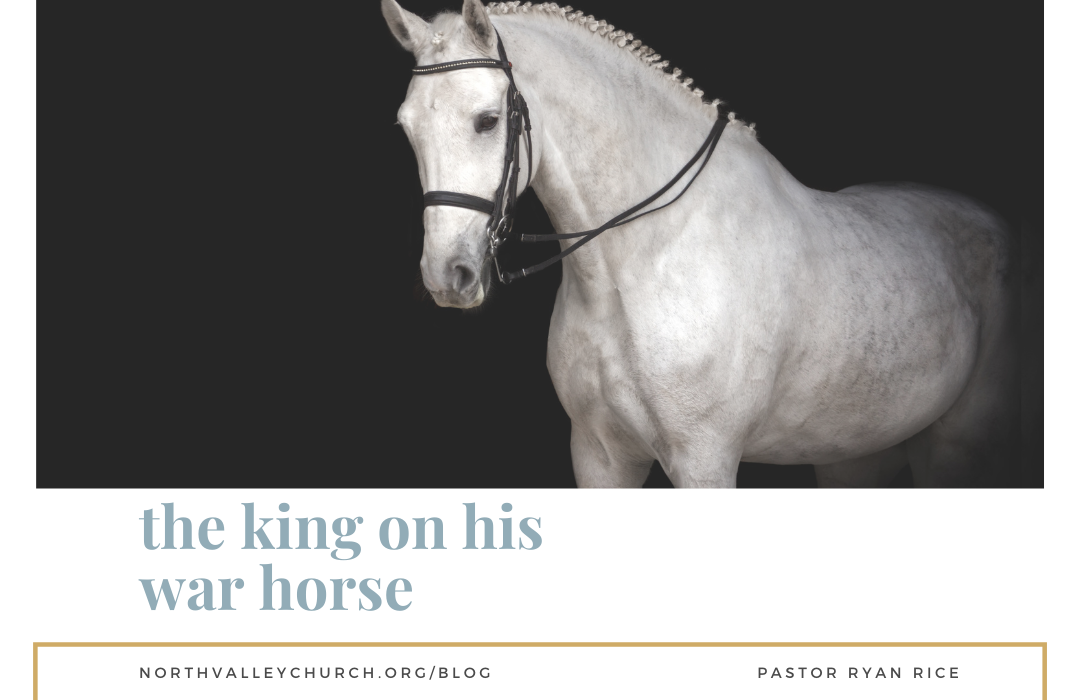 Then I saw heaven opened, and behold, a white horse! The one sitting on it is called Faithful and True, and in righteousness he judges and makes war. His eyes are like a flame of fire, and on his head are many diadems, and he has a name written that no one knows but himself. He is clothed in a robe dipped in blood, and the name by which he is called is The Word of God.

This imagery here is that of a conquer on a War Horse. On that day, most military leaders would ride in on a white horse after the battle was won. But here Jesus does something unheard of. He comes in before the war is won, riding in on a White War horse! He is signaling that he’s already won the battle. His power is unstable. No one can defy him and the Armies of heaven.

Jesus is called here in this passage King of Kings and Lord of Lords. (Revelation 19:16) His purpose is revealed to judge the nations and conquer the Antichrist. This is exactly what he does. (Revelation 19:20-21)  This is a very different Jesus than we know in his first coming His eyes are not filled with tears as when He beheld Jerusalem, his eyes are filled with fury. He is not riding on a donkey, but a war horse. He is not wearing a crown of thorns but a crown of victory. He is not being stripped of his garments and whipped to a bloody pulp but he wears a garment that’s been spattered with blood, signifying judgment and victory! He is not coming to bear God’s wrath but execute God’s wrath on the unrepentant.

In this event, Jesus is not coming meek and mild, like a little child. He comes warring and lording like a King on his War Horse, with fire and fury his patience for injustice and evil has ended! He is executing his divine justice upon all the unrepentant. Every chance has been made. Grace has been given for he has been patient in his second coming, ”not wishing that any should perish, but that all should reach repentance." (2 Peter 3:9)

Is so important that those that don’t know Christ repent and receive Jesus Christ as Lord. Can you think of an unchristian you can reach out to? Pray for that person and call or text them today. Invite them to church. Don’t give up on them but hurry up before it’s too late.