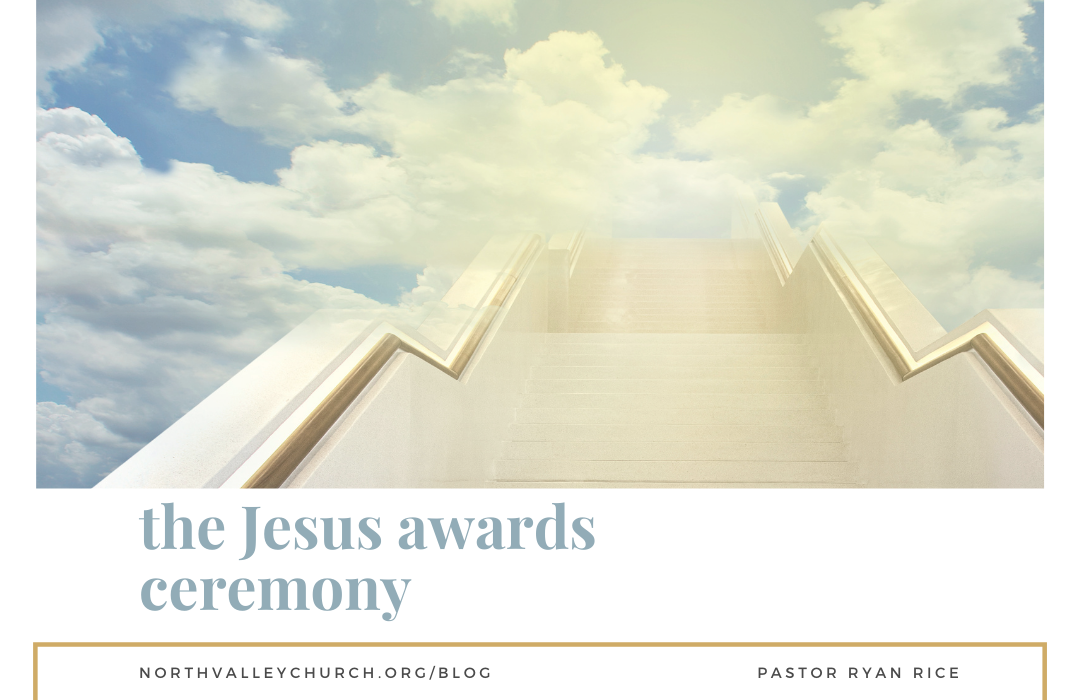 And without faith, it is impossible to please him, for whoever would draw near to God must believe that he exists and that he rewards those who seek him.

Did you know that in Heaven there will be a special awards ceremony? As a Christian, this ought to motivate us not to seek earthy awards but Heavenly ones.

What’s tough, is that in our world we give incredible recognition to the celebrities, but don’t really pay much attention to honorable working citizens, like police officers, firefighters, first responders, or teachers, parents, or pastors. But celebrities, well they are special!  I mean we have all sorts of awards and ceremonies for the celebrities but there are no award ceremonies for the people who matter the most.  I mean think about Hollywood. It’s the one place on the planet you will find the prettiest people in the world, yet you look closer and you see they have the ugliest lives. Their lives are often stained with scandals, abuse and adultery, licentious living and lying, prescription addictions, and alcoholism abuse. And what’s shocking, It seems like every time we turn on the TV we are celebrating these people? We all watch the award ceremonies for them. The movie stars, the musicians, and the producers. I mean, how does Hollywood get anything done?  Note what one author said about this…

As believers, we need to realize that all the awards, prizes, certificates, and honors we could receive aren’t really worth that much either. Not from an eternal perspective. While we ought to be grateful to be recognized for whatever we’ve accomplished and honored those who deserve the honor. Our chief concern shouldn’t be seeking earthly awards but eternal ones. It’s not the approval of man we need, it’s the approval of God we need to be looking for! (Colossians 3:23)

Some may be concerned about this idea of seeking reward? Thinking that one's motivation for Christian living ought to be driven by a simple devotion to serve God and do good to others. While this is true, it’s sort of what the Bible teaches. The Bible repeatedly teaches us to look forward, to live with an expectation of a future reward for a life well-lived. Take note of the following passages throughout the Bible. While the list is not comprehensive it ought to be compelling evidence to believe it’s important for the believer to live with an expectation of rewards in Heaven.

God’s goal for this future Awards Ceremony is to motivate the Christian. It’s to help us to live here and now with a Christ-centered ambition. Not a self-centered ambition. It is meant to inspire us. It is meant to motivate us. God wants us to keep looking to Him for approval, not to man. God knows so much of our acts on earth are going unnoticed and he promises to do something about it. He not only is willing to acknowledge these unseen acts of service, but he’s planning to hold an Awards Ceremony for us! That’s amazing! Tomorrow we will look at one of the five crowns that Jesus himself promises to give in heaven for sharing one's faith.