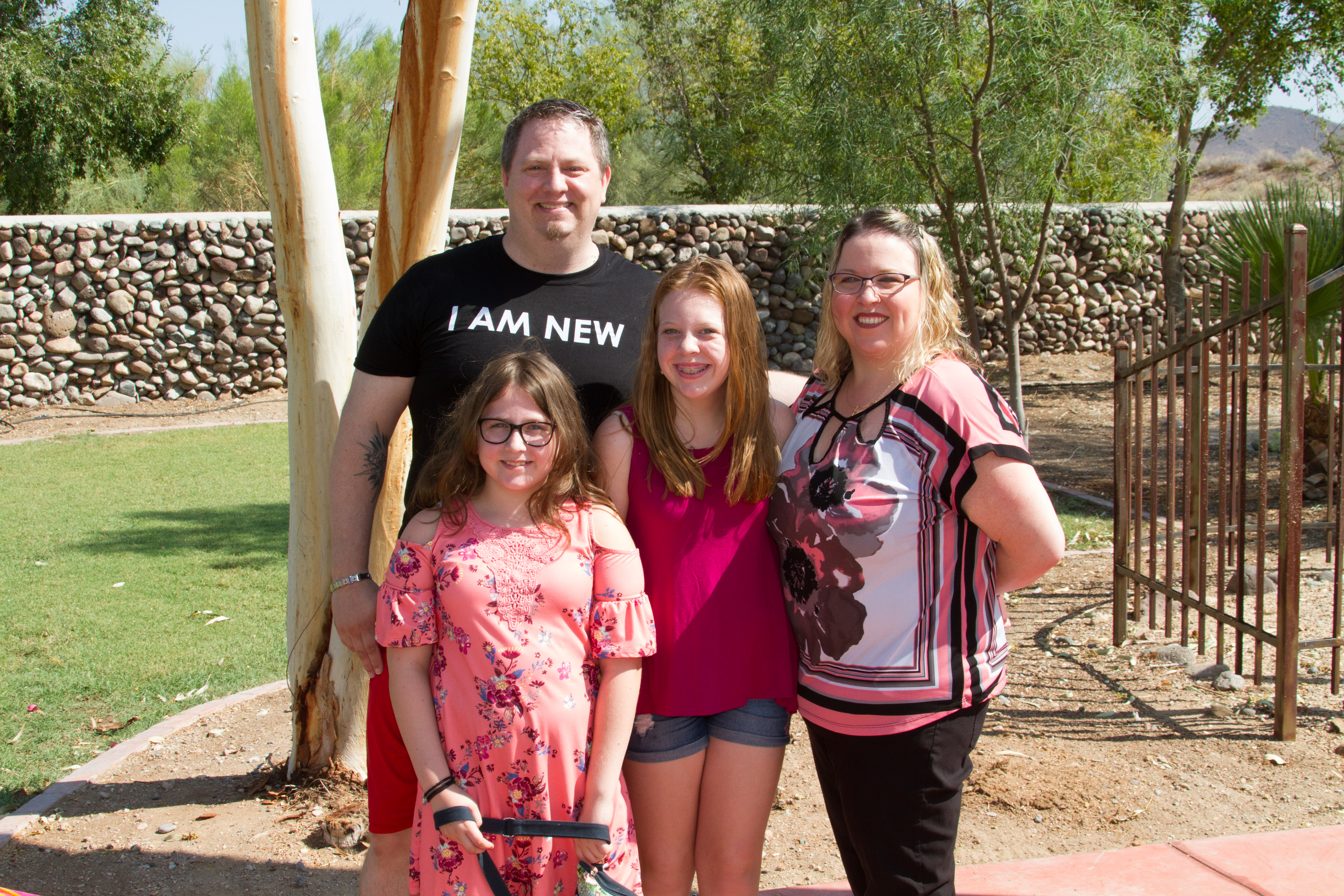 Kevin grew up in Scottsdale with his parents and an older brother.  He only attended church for funerals.

He had no real religious exposure except for a few friends.

Shannon, his wife, grew up in Atlanta and while her family did not attend church, she grew up believing God existed and would go to church with friends.

Shannon was the first in the family to feel a calling to find a church home, so she began looking. Eventually, they found North Valley when they saw some road signs advertising the church.

Kevin started to notice how Shannon would come home with a different state of mind and a sense of peace.  He wanted to find out what it was all about so he started attending church with Shannon and his girls from time to time.

While attending North Valley, Shannon heard Pastor Ryan speak about God’s timing and that we don’t always understand it, but we need to be open and listen to God.  That message resonated with Shannon and they began to see that God had a plan for their family.

Kevin and Shannon would eventually get connected with a Neighborhood Group.  During the first group gathering, it was said that a person can belong before he believes. This statement rooted itself in Kevin’s heart.  Both he and Shannon felt accepted and enjoyed the small group atmosphere, where people that genuinely cared about them.  Shannon never pushed Kevin in his faith, but waited and prayed for God to continually draw him in.

Even while attending church and going to Neighborhood Group, Kevin felt there was a higher power or something bigger than himself, but nothing really clicked about Jesus and the Bible!  He considered himself agnostic.  He had always seen the Bible as a bunch of stories and a set of rules about what to do and if you don’t do them you are not religious.  But the people at North Valley were different!

Through all this, God was at work. His Neighborhood Group leader invited him out to watch the movie, The Case for Christ, and that’s when it clicked! For First time he saw that the Bible was a historical book and there was proof that it was all really true!

Not long after this Kevin’s faith became real. He crossed the line from unbelief to belief, from agnostic to believer. The Bible was now the Word of God and Jesus was now Lord!

By God’s grace, the whole family has now been baptized at North Valley! God answered Shannon’s prayers and many others at North Valley for Kevin to come to faith in Christ!

Now as a believer, having been publicly baptized at North Valley,  Kevin wants other agnostics to know that there is something more out there! Jesus is real and the Bible is more than just a book of stories. It has proof to be believed and it can be explored!

We want to encourage you to take your step of faith and be baptized this Easter!

Navajo Brothers and Sisters in Need