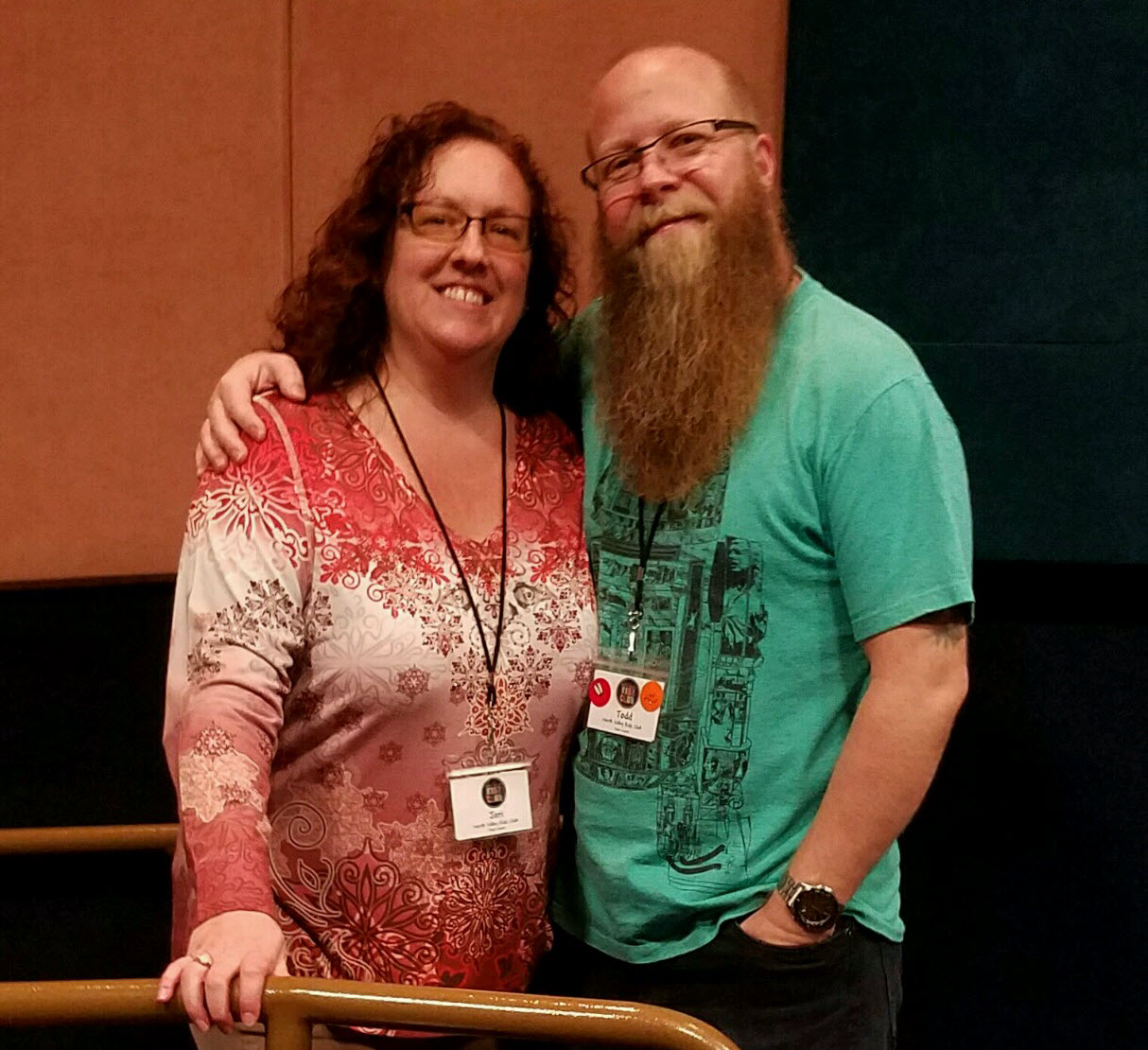 Jeri grew up in a codependent family. Jeri did everything she could to keep the peace and make everybody happy. As a teenager, she began to look outside of her family to get her own needs met. She moved as far from her family as she could. Jeri’s caretaking tendencies led to marriages to alcoholics and addicts. She pushed God aside to become the savior. Pride and stubbornness prevented Jeri from seeking help to save her marriages.

Todd began drinking and using drugs at 13 years old. He had a confusing childhood and lived in a fantasy world with little to no parental guidance or consequences for his actions. His house became party central. Before I turned 18, Todd was arrested multiple times for minor consumption. At age 18 he was kicked out of the house and later arrested for contributing to the delinquency of a minor. Todd had a lot of unresolved conflict from his childhood and instead of dealing with it in a mature and healthy way, he chose to escape from it by through drugs and alcohol.

Jeri and Todd met in Arizona at work. They fell in love and moved in together. Todd’s drinking and drug use caused him to lose several jobs. He was a great manipulator and kept saying he would stop. Todd would create arguments to have an excuse to leave and high. During Todd’s struggles Jeri fought so hard to get and keep Todd sober that she was not living the life God had envisioned for her. Jeri was unintentionally getting in the way of the miracle that the Holy Spirit had in store for Todd as well as for her. Jeri finally went to Alanon for help. She began to understand that while she was powerless, God is powerful. Once Jeri truly believed she was not responsible for Todd’s addictions and that she couldn’t fix him, she as able to step aside to allow God to work. Medical problems that resulted from the drug and alcohol abuse led Todd to seek help and he and Jeri began attending North Valley. Todd started his journey in recovery, but his struggle with sobriety over the next 18 months led to a suicide attempt. During that suicide attempt Todd received a phone call from Pastor Jonathan and his suicide attempt failed. Todd began to get the God-based help he needed.

Todd and Jeri began receiving counseling. Their neighborhood group and the brotherhood of men at North Valley offered continued support in Todd’s recovery. The acceptance and support they are receiving reminds Todd that he is loved, not only by his friends, but by God. God has removed Todd’s obsession with drugs and alcohol. Jeri’s support and love through all of this has helped Todd understand that he loved and deserving of God’s love and he is now committed to helping others in their recovery. Together Jeri and Todd are sharing their experiences in recovery and how faith and hope in God has transformed them. Their marriage is growing stronger every day. They regularly share their feelings with each other and pray together. They serve beside each other in ministry and have become best friends.

Todds’ Message to Others Struggling with Addiction

Todd strongly recommends talking to a Christian who is in recovery, and that you can be honest with. Work with a sponsor or an accountability partner. He also recommends attending a Christian based recovery program, such as Celebrate Recovery. Talking to your pastor will help you understand that God's grace is enough for you and He loves you.

Todd shares this quote, “Just think. You are not here by chance but by God’s choosing. His hand formed you and made you the person you are. He compares you to no one else. You are one of a kind. You lack nothing that His grace cannot give you. He has allowed you to be here at this time in history to fulfill His special purpose for this generation.”—Roy Lessin