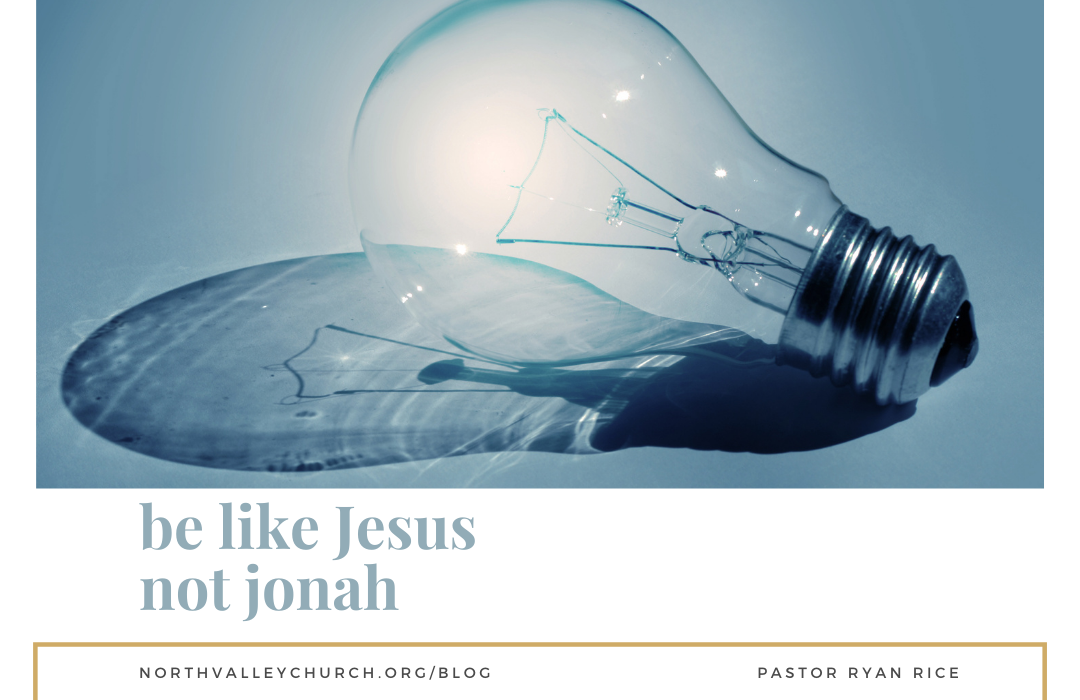 As we learned yesterday, Jonah isn't really a great case study on how to deal with difficult people. His utter disapproval, pride, and prejudice against the Ninevites have disqualified him from serving as a good example in this area of his life.  This doesn't mean we have not learned anything good. We saw in chapter two, his genuine sense of repentance and his return to God's plan and purpose for his life. We saw in chapter two, poetic from his prayer life, which was saturated with scriptures. His life can't be polarized by his pride and anger. His life here is only a snapshot and it's hard for me to believe that the most committed Christian in today's church wouldn't do any different.

Imagine being  Jonah. You are called to leave your comfort zone and move to the danger zone. Leave security and safety behind and go preach a doomsday message to your national enemies.  You likely would run too! We can't throw Jonah under the bus completely, but we can look to a better example.

Jesus is the perfect example of grace and truth. We see a dramatic scene in which we see how he interacted with the woman who was caught in adultery. The scribes and Pharisees catch a woman that has been caught in the act of adultery and has the legal right according to have her stoned, according to their ancient laws. Yet, they ask Jesus in order to test him. Jesus takes the opportunity to reveal a powerful truth, that though her sin was more obvious and offensive, it was sin and violation as all other sins and not one person is innocent. Through persuasive and powerful speech, Jesus convinces the angry mob to drop their sticks and stones and go home. Then Jesus tells the woman to leave her life of sin and sin no more.

BRING THE LIGHT - NOT THE HEAT

I call this, bringing the light – but not the heat. Jesus was able to bring light upon the situation, he disarmed the angry mob by revealing their sins. As well, he recognized the sin of the woman, not condemning her, and definitely not condoning her life of sin by saying…" Go and sin no more." (John 8:1-11)

As believers, we need to be able to bear light upon a situation, without getting too bent out of shape.  Too many good Christian men and women lose their temper over issues that aren't really that important.  As a result, they lose credibility and influence.

JESUS CALLS US TO BE LIGHT - NOT HEAT

Jesus calls us to be people of influence.  He himself said that we were to be lights to the world. (Matthew 5:16) Yet we are not called to get hot-headed or heated up so much that we lose our cool or worse, blow up on someone. Quick-tempered people act foolishly (Proverbs 14:17) and yet on the flip side if one is slow to the anger he's gained for himself great understanding (Proverbs 14:29). People that have a hot temper end up stirring up all sorts of trouble (Proverbs 15:18) This is why the Apostle Paul refused to allow these kinds of people in positions of leadership (Titus 1:17).

JESUS IS OUR EXAMPLE

No matter what has been done against us, no matter who wronged us, or WHATEVER difficulty we may be facing. Our ultimate example is Jesus. His example for living and loving is far greater than Jonah or any other man who ever lived. We are called to be imitators of Christ. Called to show and share God's love to the world around us. APPLY