Why We All Run from God 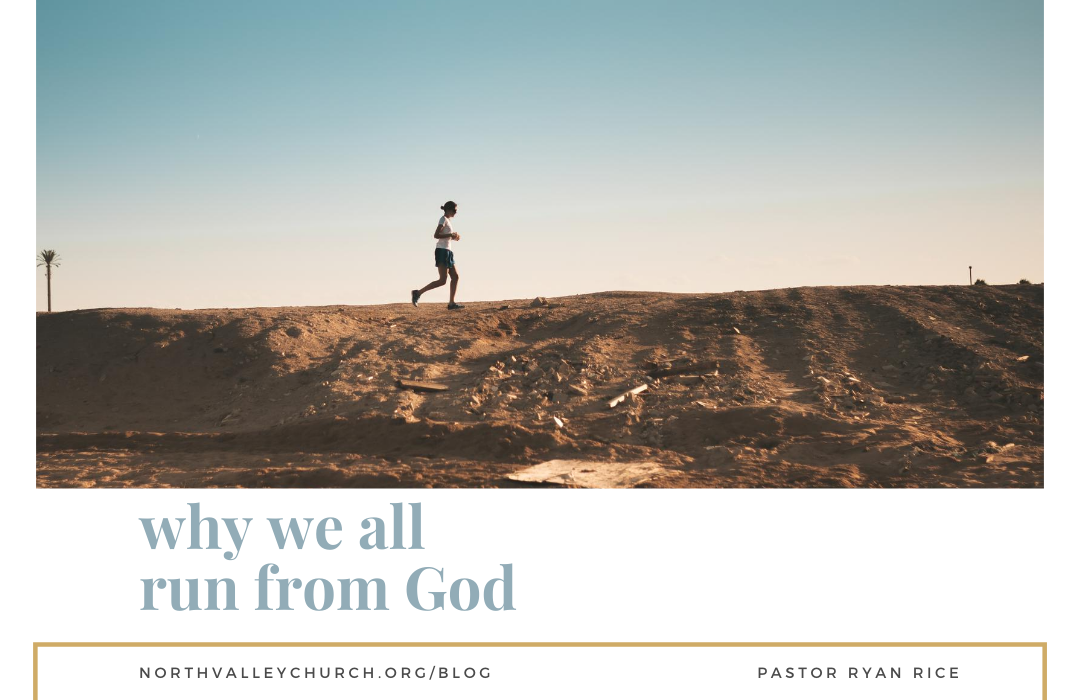 As Christians, we all trend towards comfort. We don’t like being uncomfortable at all. This perhaps is why Jonah flees from the presence of the Lord. (1:3). He is trying to disappear, trying to distance himself as far as he can from any thought of having to go to a God-awful place. Nineveh! Jonah was comfortable in his role as a prophet in Israel, and then God said, “Arise!” That word will come again and again to Jonah until finally he chooses to obey and go to Nineveh.  But the question comes: why did he run? If he loved God, trusted God, and was his servant, why would he disobey God? I propose three reasons.

WHY JONAH RAN FROM GOD

Jonah was afraid. The Ninevites were enemies of the nation of Israel. They tortured their lawbreakers, enemies, and slaves. It was the capital of the Assyrian empire, in what is now northern Iraq. History tells us that these Ninevites were barbaric and brutal people. They would skin their enemies alive, impale them on spears, and set them on fire.

At one point in time, the city was considered to be one of the most powerful cities in the world. It had a massive stone wall that protected them from invaders and attackers. In recent times, excavations have been down at its sites to discover these walls, and archeologists found fifteen massive stone bulls at each one for each of the gates, to serve as a sign of power and strength. It’s no wonder that Jonah would have feared going there.

Jonah was a patriot. He loved God and his country. He called himself “a Hebrew” when asked his identity. He refers to nationality. He’s evidently proud of that, and to go outside of his country was likely frustrating as international travel wasn’t always easy. It usually pushes us outside our comfort zones. Jonah’s frustration likely escalated, knowing the distance of the journey when being called to go from Israel to Nineveh, which would be some 700 miles, at which point he refused and went the opposite direction. Instead of going northeast, he went southwest, some 40 miles to the coast, and headed to another nice beach in southern Spain. Jonah is avoiding hardship. He’d rather be disobedient and have pleasure than be obedient and face pain. It’s understandable to some extent. But God’s calling on the lives of believers isn’t always to a path of pleasure. It’s often times the harder roads to walk.

Jonah is frustrated not only about the trip, but he’s frustrated with God most of all. He knew that God could use Assyria to punish Israel, as he had done these kinds of things in the past. Jonah was narrow-minded, a prideful and arrogant patriot who deeply feared that his country’s neighbor Assyria would one day destroy his own little nation; and so he’d rather run and disobey God if it meant they would have no chance of being saved by God. The last thing he wanted was to see them blessed, and wished to do nothing that would result in the preservation of Nineveh.

Lastly, he was furious about God’s forgiveness.  He knew well that these people didn’t deserve God’s mercy. They deserved God’s wrath. Yet, Jonah is told to preach a message of repentance, and if they repented, God would relent and grant them salvation and blessings.

Jonah frustrations reveal themselves later in the story as attitudes of pride and prejudices that need to be seen as sinful and arrogant. In a sense, Jonah’s frustration signals early on for us that something is wrong with this man’s heart and God is going to do something about it, and the reader ought to be challenged to look into his own heart as well.

Jonah is finished. In leaving Israel, he was resigning as a prophet. His office was over. He would have known clearly that you can’t really outrun God. For he knew Psalm 139, which said that there is nowhere you can run from God’s presence. Yet, in defiance he did it anyway. Why? Because he’s saying, “Forget it, I am done!” In doing so, he literally was “going off the deep end.” His heart was hardened even more with each step he took in the wrong direction. But the Lord is the hound of heaven, who relentlessly pursues his people. Despite Jonah’s sin, despite his disobedience, we are going to see how God’s gets Jonah to stop running!