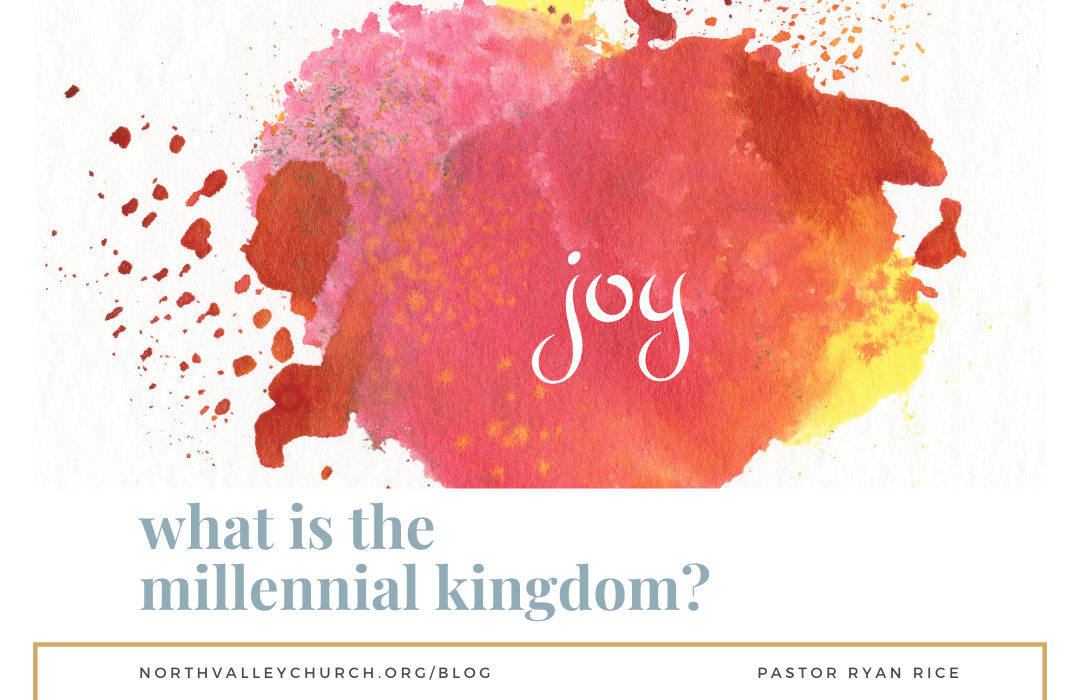 Let the sea roar, and all that fills it; the world and those who dwell in it! Let the rivers clap their hands; let the hills sing for joy together.

As I study the return of Christ, I can’t help but think of the joy that we will all experience at His Second Coming. God’s word tells us that the world will finally receive her King. (Psalm 98:6) Jesus will reign and rule the earth with truth and grace!  In this day, there will be no more need for princes, popes, presidents, or any politics of the sort. No, there will be no more bureaucracy or democracy!  There will be only a theocracy. God will rule the world. Jesus himself will bring peace, prosperity, and joy like never seen before. Earth will have her King!

Each year at Christmas, we sing the old carols that we all love. My favorite is “Joy to the World.”  I love the song so much that I would go so far as to say that Christmas wouldn’t be the same without it. I have so many fond memories as a child and adult listening and singing to that song. However, the older I get, I realize the less I know. After studying the song more closely I was shocked and somewhat disappointed, I’d been singing a song had nothing to do with the birth of Christ! In fact, I think millions if not billions of others have been too! Before I prove this to you, let’s learn a little bit about the author and the backstory of the song.

Dr. David Jeremiah provides some insight into this subject.

Isaac Watts begin writing poems when he was seven, and after his college years, he began writing hymns. Isaac lived in a time when hymns were frowned upon, for many British believers only saying the Psalms in church. But Isaac wrote hymns anyway, and he is remembered today as the father of English hymnody. He also served as a pastor in London and wrote textbooks on the logic used by major universities of his day. He was small in size, eccentric inhabit, and great in heart. Even now, more than 200 years later many of his hymns are widely sung including his great Christmas Carol “Joy to the World.”

But Watts would be chagrined to know “Joy to the world” is sung today as a Christmas carol because he wasn’t thinking of the birth of Christ when he wrote it. He was thinking of the Lord's return in the Golden age that would follow the second coming.

This first hymn appeared in a 1719 hymnbook in which Watts took many of the biblical Psalms and paraphrased them through the eyes of the New Testament.

“Joy to the World” is based on his interpretation of Psalm 98 and the words don’t refer to the birth of Christ at all. Let’s put it to the test. Review the words below and see if you can determine what they are really all about.[1]

Did the things that we just read about in this him really happen in Jesus is first coming? Did earth really receive her king? Are the rocks, hills plans repeating the sounding joy? Are sin and sorrow gone from our world? Are all the thorns and thistles gone? Has the curse of sin been lifted yet? Does Christ really rule the earth, right now with truth and grace? Do the nations really know acknowledge his righteousness and wonders of his love?

The answer is simply no. No. No! While the song is Biblically true. It’s incorrect to think that all these promises are to be applied in the world today. We all know the world has rejected Jesus as King, not received him! The world hasn’t been transformed yet? The world is struggling moaning and groaning awaiting Christ’s return. (Romans 8:22-24 ) Everything in the world has been infected and affected by sin and Satan. Yet Jesus one day will reverse the curse and restore and make all things new. (Rev 20-21)

So what’s happened? We all have sung a good song at the wrong time. Christmas is about Jesus first coming, not his second coming. The song is a good song about Jesus returning to earth to rule and reign as a literal King, and the nations of the world will worship him. His Kingdom will come on earth as it is in heaven. This promise will more clearly be fulfilled in the Millennial Kingdom. (Revelation 20)

What is the Millennial Kingdom? You may be thinking that  I am talking about a generation of young people, that is followed the Gen Xer’s! Don’t worry the Bible is not predicting this digitally connected, tech-savvy, skinny jean generation taking over the world! Millennial here refers to Christ’s reign on earth. This is a time that will follow the tribulation, after the Great battle of Armageddon.  This is a one-thousand-year reign of Christ on earth. The word Millennial means “a thousand” it comes from the Latin word “mille”  and “annum” means years. We will learn more about the purpose and the defining characteristics in the coming days. So you can relax and still sing the song Joy to the World this Christmas knowing that Christ will return as King and there won’t be a kingdom only for millennials.

Did you realize that “Joy to the World” is about the Second Coming not the First Coming? Take some time to review the song and the next time you sing it. Sing with a higher hope and clearer understanding.