The Salvation in The Storms 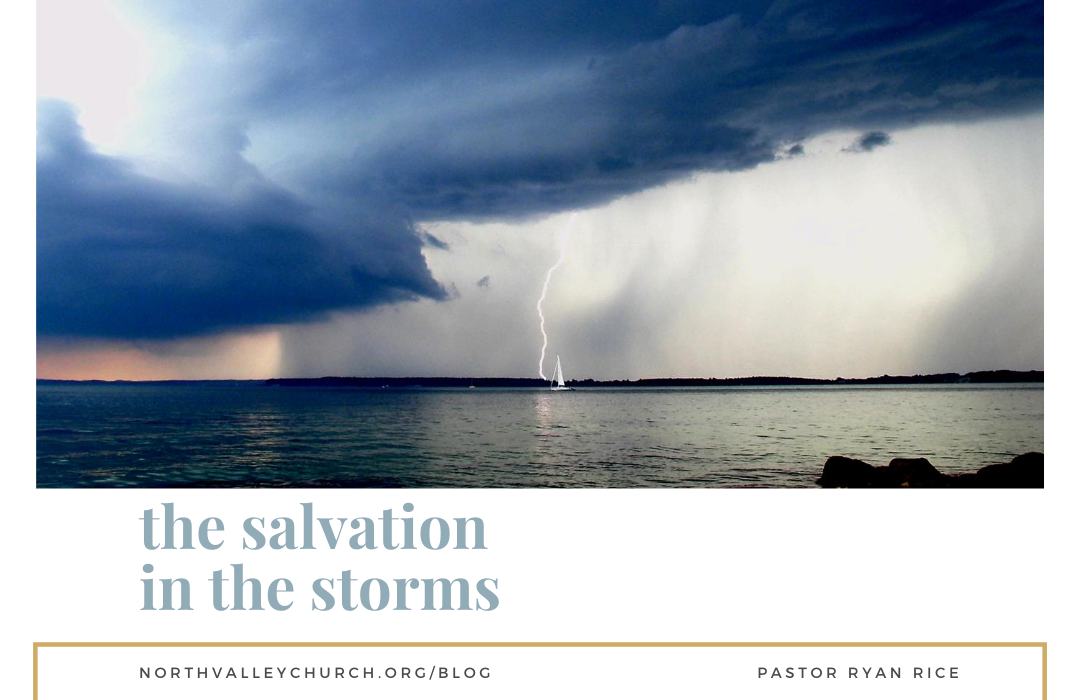 Then the men feared the Lord exceedingly, and they offered a sacrifice to the Lord and made vows. Jonah 1:16, ESV

In 1735, a ship was headed to Savannah, Georgia, from England. Aboard was a young Anglican minister who been invited to serve as a pastor to the British colonists. But along the way a serious storm hit, nearly destroying the ship, and the young minister feared for his life.

He noticed some other believers on the boat that were missionaries sent to preach to the American Indians. They were not afraid at all. In fact, through the storm, they sang, prayed, and even laughed. They remained calm, while the young minister was so nervous, he nearly puked.

After the trip was over, one of these calm, cheery Christians came up to him, and said, “Are you a Christian?” The young minister replied, “Of course, I am. I am a pastor. I’ve been invited to serve as pastor in Georgia to many of the British colonists.” The individual said, “Ok, you just seemed to be taken so much by fear, rather than faith. I had to ask in case you didn’t know Christ.”

After that encounter, the young minister was so shaken up that he began to evaluate his lack of faith and concluded he really wasn’t a true believer. He was terrified of death and unsure about his life after death.

On May 24, 1738, everything changed. He was reading in a commentary in the book of Romans, written by Martin Luther, the church reformer. He experienced something that changed everything. He described the event in his journal about 8:45 pm. “I felt my heart strangely warmed. I felt I did trust in Christ, Christ alone for salvation, and an assurance was given me that he had taken away my sins, and saved me from sin and death.” This man was the great John Wesley, who later became one of the greatest evangelists of all time.

God used storm experiences to bring about salvation. Fear was used in this case to awaken faith. The same is true for the sailors; they were greatly afraid of losing their lives, and ended up placing their faith in God and made vows and offered a sacrifice to God. God uses storms to accomplish salvation.

How have you seen God use fear for good? Ask God to fill you with faith, to be a witness to others, like those calm believers in the boat that witnessed to John Wesley. You never know how your faith will influence others.