The Runaway and a Whale of a Tale 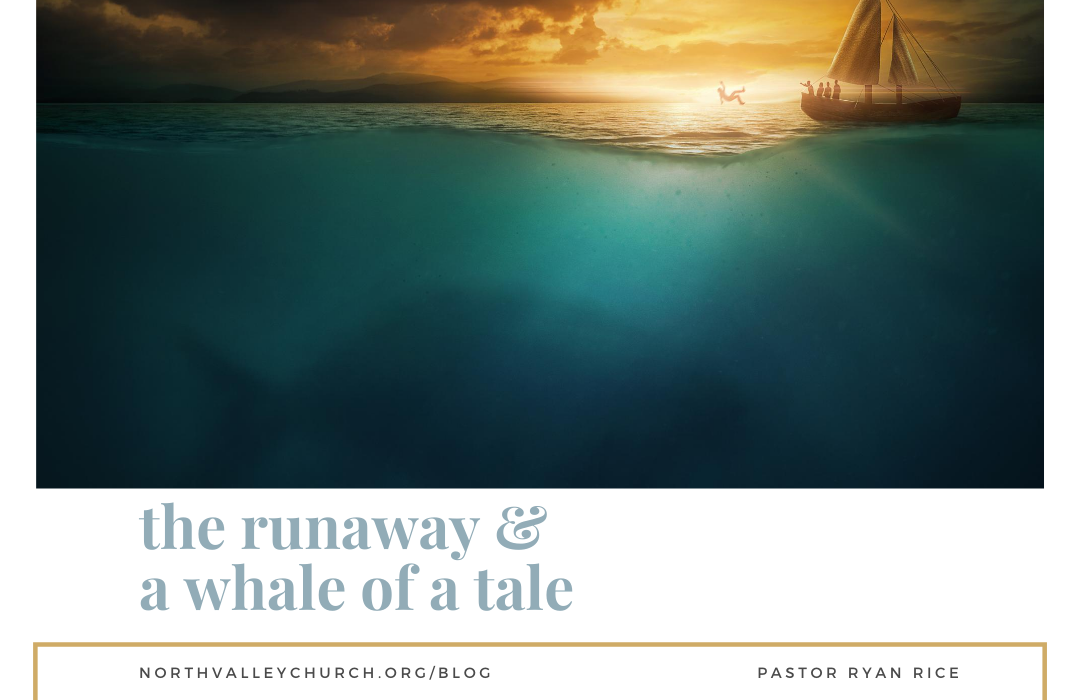 Now the word of the Lord came to Jonah the son of Amittai, saying, "Arise, go to Nineveh, that great city, and call out against it, for their evil has come up before me." But Jonah rose to flee to Tarshish from the presence of the Lord.

I heard a funny story about a teacher whose student was drawing a picture of Jonah in the belly of a whale. The teacher asked, "What's that?" The student replied, "It's Jonah inside the belly of the whale from the Bible." The teacher, who was an atheist, told her, "You know that didn't really happen, right?" The student just kept drawing. "When I get to heaven, I'll just ask Jonah." The teacher pointed out, "What if he's not in heaven?" The girl stopped drawing, looked at her teacher, and then said, "Then you ask him," and went back to drawing."

THE BOOK OF JONAH

Because it tells of a fish swallowing a man, many have dismissed the book of Jonah as fiction. It's important to note that Jonah was an actual person in history. His story is verified by 2 Kings 14:25, along with Jesus in the New Testament (Matthew 12:38–41, 16:4, and Luke 11:29–32). It's important to remember that God is supernaturally powerful. The same God that split the Red Sea and caused nations to rise and fall is the same Lord that turned water to wine, healed the lame and the sick, and raised the dead. If he can do all that, then can he not cause a whale to swallow a man and hold him for a few days? Of course, he can. He is God!

Unlike many other prophetic books, it focuses much on the person more than the message. The book is a historical account of what happened to him some 2,700 years ago. The story takes place in Israel and was written by Jonah himself. In it, you will discover key lessons from Jonah's life, as well as learn a lot about God and his grace.

JONAH THE PATRIOTIC PROPHET OF ISRAEL

He was a prophet that prophesied during the reign of King Jeroboam II. Jonah stood strong as a moral compass despite political and moral corruption. Jonah remained faithful to God and served as a spokesman for God. He predicted the expansion and restoration of ancient boundaries (2 Kings 14:25–27).

During this time, Israel flourished freely, and it has gone down in history as one of the greatest periods of prosperity, political stability, and territorial growth! With Jonah's divine insights, predictions, and counsel, the King's leadership seemed unlimited. Jonah was on top of the world! Jonah apparently had a patriotic and popular ministry.

Everything changes when God calls him to do something radical. God calls him to preach to the city of Nineveh (1:1-3). Nineveh was the capital of the Assyrian empire, that is what is now northern Iraq. History tells us that these Ninevites were barbaric and brutal people. They would skin their enemies alive, impale them on spears, and set them on fire.

Despite how bad they were, God's desire was for their salvation. In this, we see how God is good, not wanting any to perish but all coming to repentance (2 Peter 3:9). The call for Jonah was to Arise: arise out of his comforts, arise out of his patriotism and arrogance, and share God's love with his national enemies. But instead of obeying, he disobeyed.

Arise is the theme we will be challenged to live out in our own lives. Five different times we see the word "Arise" appear in some form or another. God was calling Jonah to get up and go to a place he didn't like, a people he despised and shared with them about a God he loved.

FROM ARISE TO RUN

He should have headed northeast over land. Instead, he traveled southwest by sea! He boarded a ship on a coastal line of Israel and headed to Tarshish, which is in the area now known as southern Spain, and was considered to be the end of the world! What was he doing? Why would he do that if he was so close to God as minister of God's word?

We will learn many lessons from the study in the book of Jonah, but for today, we need to relate to him as a runner. The Bible says we all sin and fall short of the glory of God (Romans 3:23).

Today, take a minute to thank God for the honest testimony we have recorded in the book of Jonah, and ask the Holy Spirit to help you see yourself in the story of Jonah. Take some time to acknowledge how you yourself are prone to wander, to leave the God you love and run away too at times from God's calling in your life. Lastly, take some time to thank God for his grace in your life: that he never leaves you, he loves you and desires to see others saved all over the world.