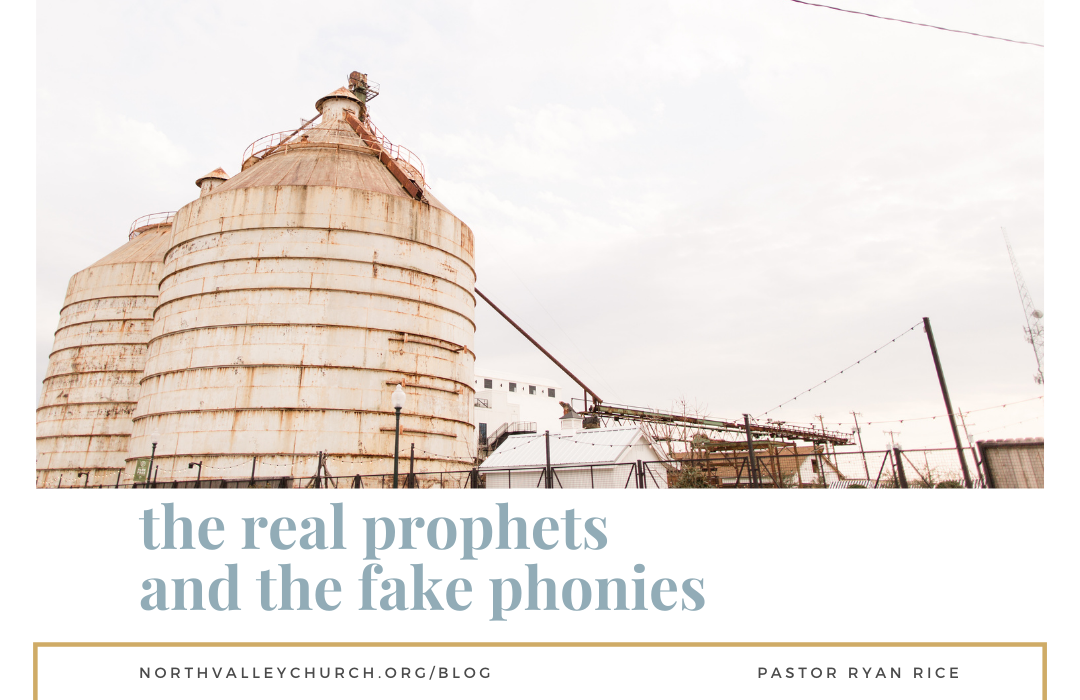 Watch out for false prophets. They come to you in sheep’s clothing, but inwardly they are ferocious wolves. By their fruit you will recognize them.

Before Chip and Joanne from Fixer Upper made Waco cool, Many may likely recall the 1990’s wacko from Waco? David Koresh… some called him the messiah, most called him a Madman! He was a self-proclaimed prophet that bent the scriptures to teach a doomsday scenario that manipulated others to believing his twisted theology that ultimately led to a 51-day showdown between federal agents and members of the cult. The world stood by watching this apocalyptic nightmare unfold on TV. It’s gone down in history as the Waco Siege. Tragically, David taught that it was the End of the World, and the US was their enemies, he was their savior, and they had to fight till the death. The battle ended with the compound going up in flames, leaving 75 people, including 25 children.

It’s too often that these phony prophets gain a following by preying upon the fearful or biblically uneducated. Too many good people get taken advantage of or duped into following these false prophets and go down in flames with them, figuratively or literally!

When we are looking at the Bible and talking about prophecy, it’s important to know what we mean by the term and as well what a Prophet is. Using the word prophecy in a normal sense, it’s to be understood chiefly as being able to predict the future.

In this teaching series, I am focusing on futuristic prophecies. While some may argue that this is distracting for the believer from living in the present, I would have to say if that’s true, then the Biblical writers are just as guilty because roughly 30% of the Bible is prophetic literature! That’s a lot of distractions to consider! Guess I am not alone in distracting others! I’d rather join the company of men and women of the faith that faithfully taught all of scripture as we learn from history. If we people don’t educate themselves about what the Bible teaches about end times, they can be swept into deceitful and dangerous teaching from Cult leaders.

Before we study prophecy any more, it’s important to learn a little more about what a prophet is or characteristics that distinguish a real prophet of God.

FOUR CHARACTERISTICS OF A REAL PROPHET

What does the Bible say about prophets? There are four things that you need to know about prophets.  While there are many examples, here are just a few found in the pages of scripture.

Called. Prophets are called by God. They are not like priests or kings, that are born into a line of duty and service. They are called by God. Specially set aside. God called Moses through the burning bush, Isaiah through a vision,  Jeremiah while he was still in his mother’s womb, Ezekiel near a river, and Amos who was just a shepherd.  Note what he said about himself… But Amos replied, “I’m not a professional prophet, and I was never trained to be one. I’m just a shepherd, and I take care of sycamore-fig trees. But the Lord called me away from my flock and told me, ‘Go and prophesy to my people in Israel.’ (Amos 7:14-15, NLT)

Character. Prophets have Godly character. They love God and want to serve him. The true prophet would never use astrology, divination, sorcery, or witchcraft. Those that do are called false prophets. The true prophets' source of knowledge was God himself. Their message was also consistent with God’s word and ways. It never disagreed or contradicted previous prophecies or revelations of God’s word. It rather built upon it, never tore it down. The greatest test of one character as a prophet is done by looking at the individual's life. As Jesus said, “Watch out for false prophets. They come to you in sheep’s clothing, but inwardly they are ferocious wolves. By their fruit you will recognize them." Matthew 7:15-16, NIV

Courage. Prophets are people of courage. Prophets during the time of the writing of the Bible had to be 100% right all the time. This was part of God’s plan to ensure that what was said to be from God, would not be manipulated. A Prophet was so convinced that he was called by God that he would be able to say with courage… “Thus says the LORD…” and he or she meant it. Both the Prophet or Prophetess knew that under God’s law one mistake in a prophetic prediction could mean being labeled a heretic and being stoned to death. You would think this kept many of the rift-raft away but it didn’t many false prophets rose up in the days when the Bible was being written. This is why there are so many warnings about False Prophets and how to deal with them. In the OT alone here are four core passages.  (Deuteronomy 13, 18:9-22, Jeremiah 23:9-40, Ezekiel 12:21-14:11)

The prophets had to be bold. They often preached about impending judgment! Spoke up about social injustices, condemned idolatry, and most often gave hope about a coming Messiah who would right every wrong and make the world whole again!  They experienced both praise and persecution. Antagonism and accolades. Honor and harassment. They didn’t choose their calling; God did. They were special men and women called to be a voice in a generation as the very voice of God.

Samuel’s first assignment was to confront the high priest, Nathan had to confront King David about his affair and cover up, and Jonah was called to call Nineveh his nation’s enemies to repentance!  Not an easy job!

Comfort. Prophets gave comfort. While much of the Prophets have a confrontational message, there is as well a comforting component that comes as well. As each prophet was tasked to reveal God’s divine message, there was often a thematic closing of the message with a word of hope or encouragement to look towards a messiah!  The LORD himself told the Prophet Isaiah these words…“Comfort, comfort my people…“Speak tenderly to Jerusalem. Tell her that her sad days are gone and her sins are pardoned.” (Isaiah 40:1-2, NLT) Or in Paul’s letter to the church in Corinth. He writes… But the one who prophesies speaks to people for their strengthening, encouraging, and comfort. (I Corinthians 14:3)

While some may look to horoscopes, fortune cookies, palm readers, and psychics for direction about their futures, you shouldn’t!  You have better. As a Christian, you are charged to look to God’s word!  There are still roughly 500 prophecies yet to be fulfilled that are promises that will take place in the future. These prophecies are part of God’s plan. Commit to study and read Biblical prophecy for understanding the future! Be prepared, not scared.