The Castaway Is Inside the Belly of a Whale? Really? 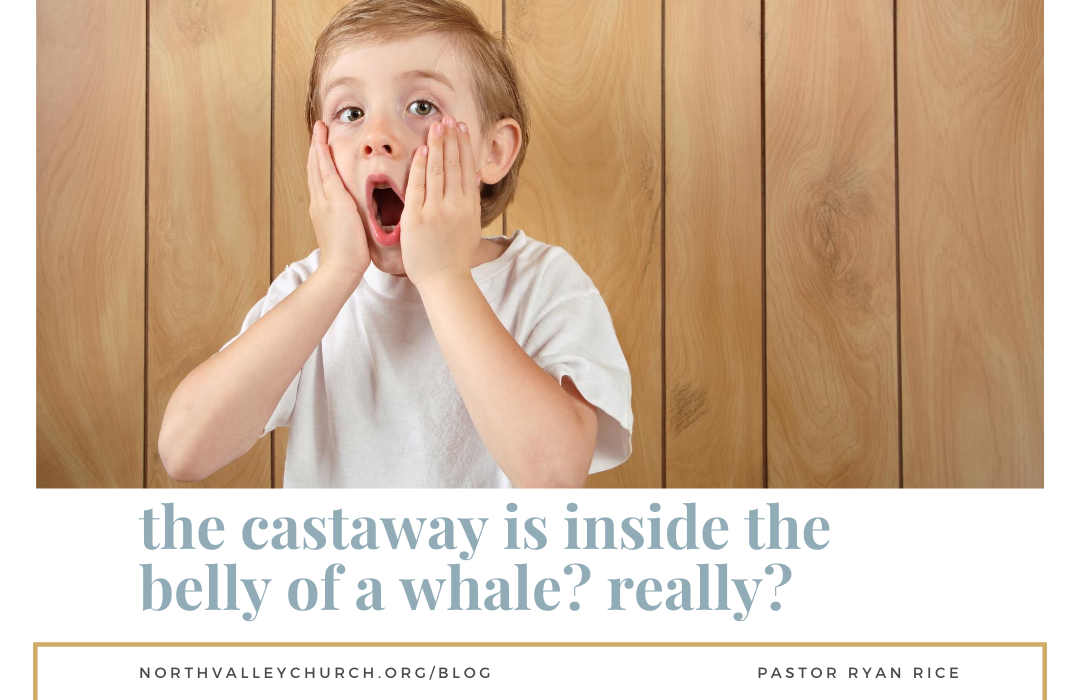 Then Jonah prayed to the Lord his God from the belly of the fish. Jonah 2:1, ESV

Today we learn that Jonah has been swallowed by a whale after being thrown overboard, or some say a great fish that God has appointed. We finally find him praying! Some would question the possibility of this, and while God can certainly perform supernatural events that cannot be scientifically proven, there is actual evidence to indicate the possibility of a man being swallowed alive as well.

In the late 19th century, there is a story of a fishing expedition off the Falkland Islands, where apparently a fishing boat was attacked by a whale. A sailor by the name of James Bartley fell into the deep ocean and was swallowed up by a sperm whale. These whales are among the largest whales in the world. Their mouths can easily grow up to 20 feet long, 15 feet high, and 9 feet wide. That’s the size of a bedroom!

According to the story, he survived the ordeal. After a few days of being lost at sea, the other sailors had harpooned a whale and brought it into the harbor. As they began to skin the whale and opened its stomach, they found their friend, James Bartley! He was barely alive, his skin was bleached white, his eyes had been blinded by the gastric acids, and he suffered from some bumps and bruises; but other than that, he was alive!  He lived to share his tale of a modern Jonah experience!

Other sources such as Encyclopedia Britannica share that is very possible for a man to stay alive in the belly of a sperm whale, but not without great discomfort. The gastric acids would however damage the skin of the person, but it wouldn’t kill them.

Additionally, there would be a limited amount of air in the belly of the whale but enough to breathe for a person to remain alive for 24 to 36 hours. The temperature inside such a whale could reach 100-110 degrees Fahrenheit. While it is possible to believe this story from a logical perspective, we must never forget God’s perspective. God’s ways are not always man’s ways! What was God doing? He was bringing Jonah to his knees to pray. For the first time, we see Jonah praying! Prayer is what God wanted. God wanted Jonah to come back into his presence. He had run from God’s presence and now he’s coming back into God’s presence through prayer!