The Antichrist Will Be A Controlling Leader 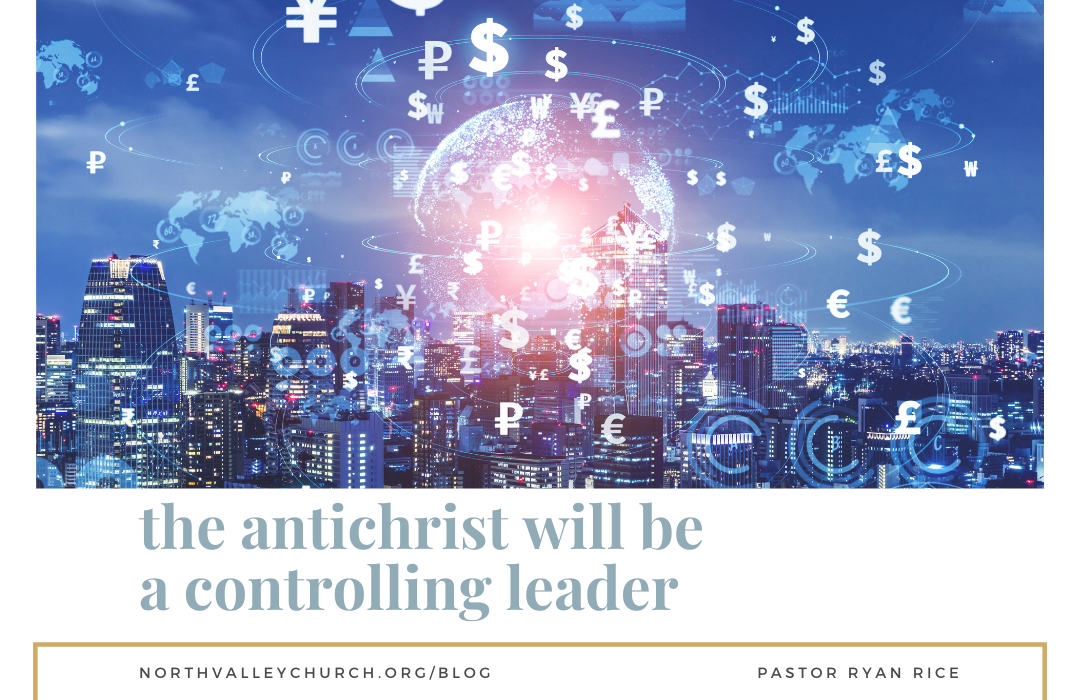 And the ten horns that you saw are ten kings who have not yet received royal power, but they are to receive authority as kings for one hour, together with the beast. These are of one mind, and they hand over their power and authority to the beast

The Great Mussolini, the Italian dictator that inspired Hitler was once said to have been strutting in force across much of the Mediterranean world when he was asked to explain his swift rise to power. He answered, by saying… “I found Europe full of empty throne rooms, and simply walked in and took one of them.”

In the times ahead we will see this Antichrist walks into the world and takes a throne room! He will be Satan’s Superman, a Global CEO of sorts on the world stage ready to rock and roll!  Leaders like this fill a void. The world at the time of the tribulation will be reeling from chaos as a result of the rapture. This is a kind of “handing over power and authority” that happens when there is absolute chaos. Consider the following two examples from world history.

First, consider the Original President of the United Nations General Assembly and a key planner in the  formation of the European Economic Community who in 1957 said….“We do not want another committee, we have too many already. What we want is a man of sufficient stature to hold the allegiance of all the people and to lift us up out of the economic mess into which we are sinking. Send us such a  man, and whether he be a  God or devil, we will receive him!” (Excerpt from Dr. Mark Hitchcock’s, Who is the Antichrist)

Secondly, consider the people of Germany in the aftermath of World War I. One author noted…

The abject economic conditions of Germany after World War 1 helped catapult the man Adolf Hitler into power. German treasury then was low in gold; her budget unbalanced. Inflation went awry. In 1919, the German mark was worth 25¢. Within 4 years, it declined in value until 4 trillion were needed to equal $1 in buying power. The German middle class lost all their savings. The value of every pension was wiped out. All security was gone. Then the people were ready to listen to any demagogue who would voice their bitterness. Enter Adolf Hitler. It was Lenin who said that “the surest way to overthrow an existing social order is to debauch the currency.”

- Encyclopedia of 7700 Illustrations: Signs of the Times by Dr. Paul Lee

Out of the world ashes, the Antichrist will arise. It’s during times of vulnerability that there is an opportunity. The Predator attacks its prey. Like a wolf in sheep’s clothing, the antichrist will come in the chaos and pretend to care, while secretly plotting to kill and destroy.  In an effort to control the world. The Antichrist will remove all existing religions especially Christianity.

Most churches will be burned down or destroyed during the time of the tribulation. Those that remain will likely be turned into community centers or run by the new world government for a purpose of their choosing.

The antichrist will erect a new church for a new generation of worshippers. There will be a new sense of hope in the air. This new world leader will bring Buddhism, Islam, Jews, and Christians all together in one world religion! Atheist and Agnostics alike will convert to this new religion in mass numbers.

Finally, the world will have its man-centered customized religion. The Antichrist will tear down old church dogma that weighed down people for generations. This new religion will likely be a mix of old and new. It will center around the man-godlike figure, the Antichrist. As the scripture says… “He exercised all the authority…. And he required all the earth and its people to worship” him. (Revelation 13:12) He will promise pleasure in exchange for submission and service.

Not only will there be a new church at this time. There will be a new ID system as well. The scripture tells us that no one will be able to buy or sell anything without this mark.

Note what the Apostle John said…

He required everyone—small and great, rich and poor, free and slave—to be given a mark on the right hand or on the forehead. 17 And no one could buy or sell anything without that mark, which was either the name of the beast or the number representing his name. 18 Wisdom is needed here. Let the one with understanding solve the meaning of the number of the beast, for it is the number of a man. His number is 666.

The Bible predicts a cashless society. This is not hard to imagine in an age where technology is changing at a speed like nothing else in world history. We have debit cards, credit cards, fastpass cards, apps on our phone, online bill pay, text pay, bar code scanners, QR codes, etc. I have to admit it would be nice not to carry a wallet and a phone everywhere. This is perhaps why Verichip is offering digital implants of one's personal information inside one's body. While we have done this for years with pets many people are moving towards this for themselves as an option as well.

YOU ARE BEING TRACKED

New technology such as global positioning systems and tracking systems are installed on most phones today. While many people don’t realize this but every action that is taken is being tracked. In fact, Google is currently being sued for a violation of privacy for tracking people's personal information. Many of the large tech companies are often taking far more information from people than they should. From digital trails online to physical trails on the ground. Photos are geotagged, information about us is being stored, and more! Someone somewhere knows your every move and can predict with a 90% accuracy rate as to what you're going to do online next.  The ideas of a global economy controlled by one ruler is not out of the ballpark kind of thinking anymore. Maybe a hundred years ago but not in the 2020s!

According to Global economy experts, there has been discussion for years among leaders from Europe, Africa, and the Middle east about coming together for one common currency.

The Antichrist will require it. Some kind of mark will be given. This could take the form of a tattoo-like mark, a brand, or a stamp. It likely will be some kind of digital implant with the number-coded 666.

In the Bible 6 is man's number. It’s one less than 7. God’s number is 777. This 666 number is the identification of the Antichrist or also known as the mark of the beast. Evidently, no one will be able to buy or sell anything without it.  Dr. Elwell,  in the Tyndale Bible Dictionary, stated…

This mark of the beast is necessary for a person to engage in business or economic transactions involved in physical survival. Perhaps it also serves to identify such people for martyrdom (vs 7–10). It stands in sharp contrast to the seal of God marking out the servants of God in chapter 7:1–8 (cf. 14:1). Thus mankind as depicted in this vision is divided into two classes—those belonging to Christ and those belonging to the Antichrist. Revelation 13:18 contains a challenge to the church to have wisdom and to recognize what that mark or number of the beast is. Two things are stated. First, it is of a man or refers to a man. Second, his number is 666.

Those who have the mark will serve Satan’s superman, the Antichrist. Those that reject it will serve Jesus Christ the savior of the world! Yet, believers on that day will be tested and have to endure the tribulation.