The Antichrist Will Be A Clever Leader 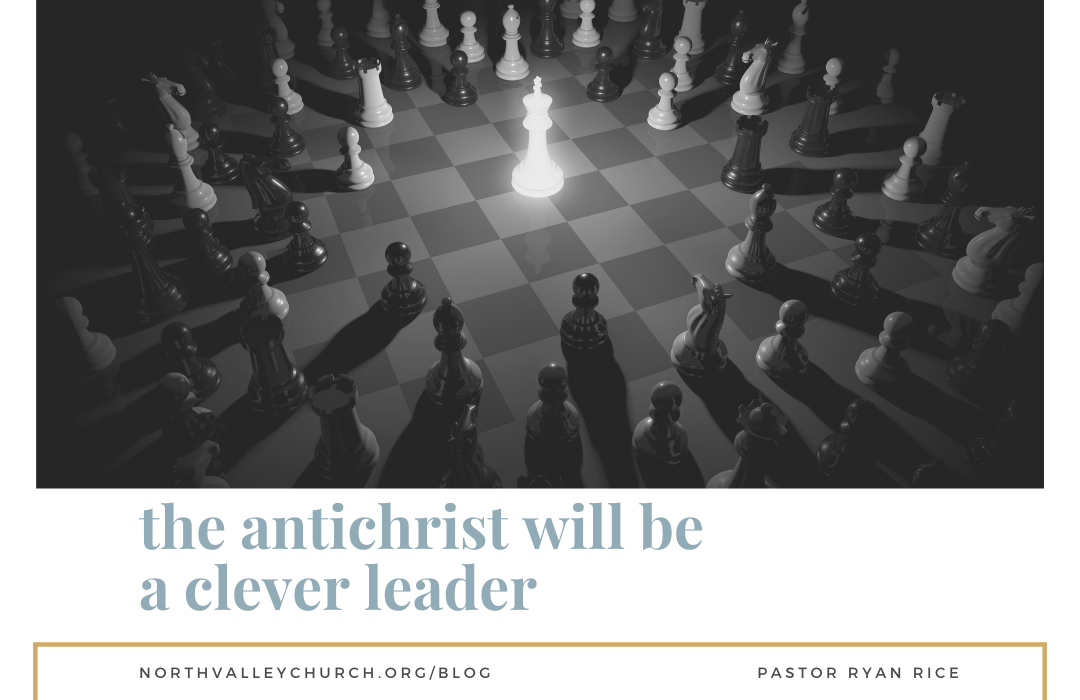 I considered the horns, and behold, there came up among them another horn, a little one, before which three of the first horns were plucked up by the roots. And behold, in this horn were eyes like the eyes of a man, and a mouth speaking great things.

Initially, this leader will emerge in the aftermath of the rapture as a peaceful leader. He will possess an innate ability to maneuver his way into the world with ease. He will display the wisdom of Washington, the leadership of Lincoln, the riveting nature of Roosevelt, the charisma of Kennedy, the believability of Barak, and the toughness of Trump. This man will be clever. His EQ (emotional intelligence) will match his IQ. (Intellectual intelligence) He will be S.M.A.R.T. That’s really smart!  He will initially show on the world stage on a platform of peace.  (Dan. 9:27; Rev 6:1-2)

Slowly and steadily he will gain power and guarantee new levels of peace and prosperity in the middle east by signing a new covenant with Israel and the Arab nations and others, like never seen before. It will far exceed what President Trump accomplished with the Abrahamic Peace Accord in September of 2020. The world will experience a brief sigh of relief. He will likely win the Nobel Peace Prize. And be called Time Magazines, Man of the Year. People will worship him. He will be thought of as the messiah that saved the world from its mess!

“The world will go delirious with delight at his manifestation. He will be the seeming answer to all its needs. He will be filled with all the fullness of Satan. Handsome, with a charming, rakish, devil-may-care  personality, a genius, superbly at home in  all the scientific disciplines, brave as a lion, and with an air of mystery about him to tease the imagination or to chill the blood as occasion may serve, a brilliant conversationalist in a score of tongues, a soul-captivating orator, he will be the idol of all mankind.”

The world will be in a panic, and he will bring peace. The world will be in chaos and he will bring control. Satan will finally have his Superman in this Antichrist! Daniel’s description of him, it’s describing the Antichrist’s ability to out-think and overpower these other kings. Appearing as something little and soon becoming something great. In a very short period of time leaders and kings will hand over their power and make give their allegiance with this man. The Apostle John said this power would be handed over clearly, saying they will “hand over their power and authority to the beast.” (Revelation 17:13)

No one will be able to stand in his way, his power will be far greater than every king, president, or prince before him. He will be worshiped and his kingdom on earth will seem to have no end.

Not only will he politically unite leadership under his power. He will as well unite all religions under his reign. He will do what neither Buddha nor Mohammed could ever do, nor any Pope or Pastor. He will unite the world in worship. Not of Jesus but of himself!  Through his demonically powered plans, he will arise as the last and the final Caesar of the revived Roman Empire!

In the days of Antichrist America will not have a democracy. It will be a fully enforced dictatorship. Take this opportunity now to exercise your freedom while living in the USA to elect a Presidential candidate whose policies are most clearly consistent with Biblical truths found in scripture.