Stand Strong in The Storm 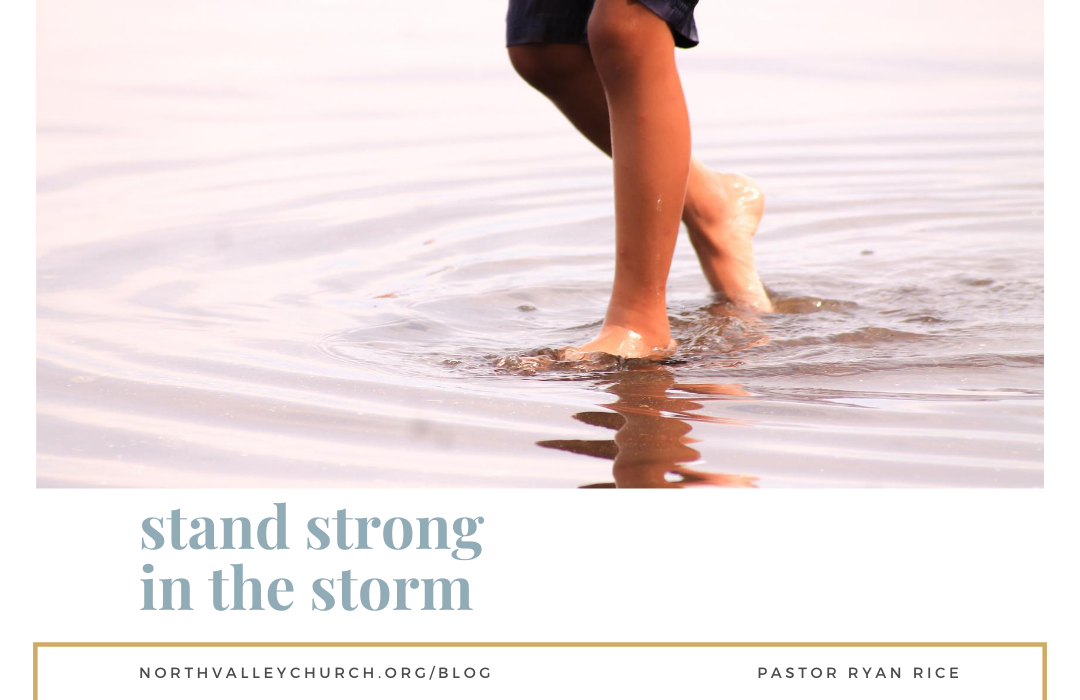 Perhaps one of the strongest men to stand strong in the midst of his storms was Dr. Martin Luther King Jr. He served as a catalytic voice that was much needed during the civil rights movement. As a pastor and political leader, at times he was hated by blacks and whites alike; other civil rights leaders turned their backs on him. His allies broke their commitments to him and turned against him. He was imprisoned and beaten for what he believed in; he was stabbed and his house set on fire and later bombed. He was accused of being a communist and told to leave the country he loved.  He was often sick and exhausted and at times depressed. This man could survive the storm.

In his last speech in Memphis on April 3, 1968, King displayed his strength in the storm. He said: “I don’t know what will happen now. We’ve got some difficult days ahead. But it doesn’t matter with me now. Because I’ve been to the mountaintop. And I don’t mind. Like anybody, I would like to live a long life... longevity has its place. But I’m not concerned about that now, I just want to do God’s will!”

MLK was committed to do God’s will and stand strong in the midst of his storms. As Christians, we are called to do the same. The most important thing we can do is call out to God.

In the story of Jonah, the sailors call out to God. In verse 5, it says, “Then the mariners were afraid, and each cried out to his god.” They were calling out to their gods; not that they were believers in the one true God, but they were doing what Jonah should have been doing. In fact, the captain of the boat woke Jonah, and said, “Arise, call out to your god! Perhaps the god will give a thought to us, that we may not perish.” (Jonah 1:6)

In Matthew’s gospel, we find the story of Peter getting out of the boat to be with the Lord. As he approached Jesus, he started to sink. The wind and waters began to overwhelm Peter when he took his sight off of the Lord. As he did, he cried out to Jesus, “Lord, save me!” (Mt 14:30)

In that cry, there is comfort. God in the person of Jesus Christ reaches down and pulls him up. It’s in the cry that he’s rescued. Sometimes we need to get to that point of utter desperation before we can be saved. God is with us, he’s ever-present. He’s especially with us in the storms of life, to comfort, to counsel, to help us and heal us. But we must call out to him. We must know he’s near. We must call for his help above all other help. He is our rescue.

Have you called out on the Lord for help in your time of need? He is near. Call out to him now. He hears you and loves you as a son or daughter.