Lessons from the Life of Jonah 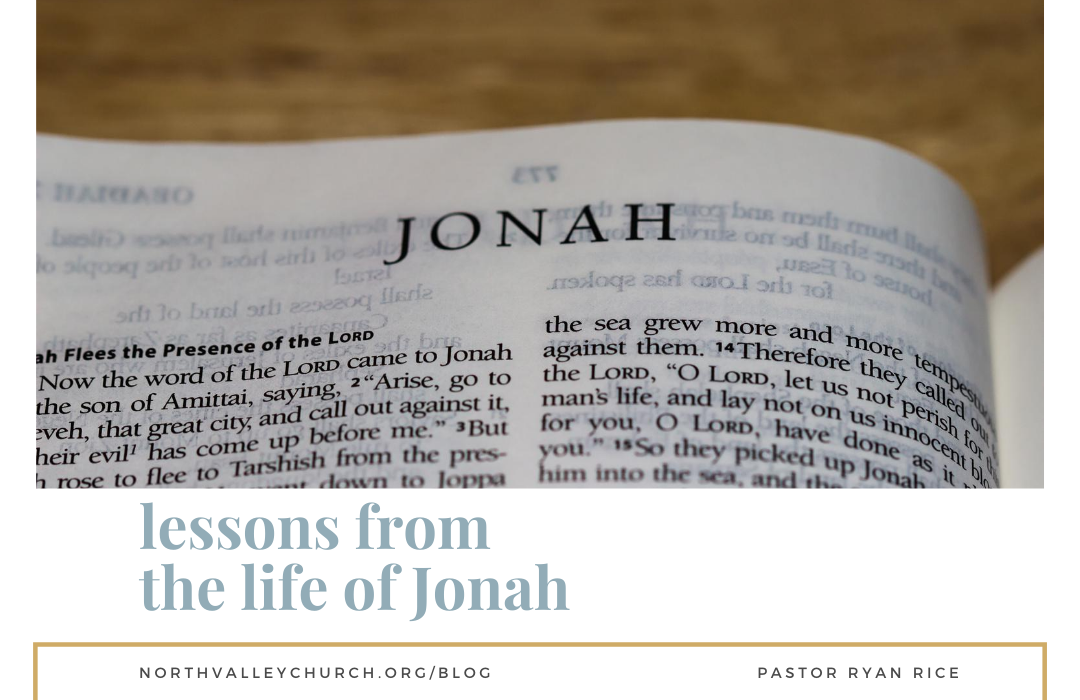 But the Lord hurled a great wind upon the sea, and there was a mighty tempest on the sea, so that the ship threatened to break up. Then the mariners were afraid, and each cried out to his god. And they hurled the cargo that was in the ship into the sea to lighten it for them. But Jonah had gone down into the inner part of the ship and had lain down and was fast asleep. So the captain came and said to him, “What do you mean, you sleeper? Arise, call out to your god! Perhaps the god will give a thought to us, that we may not perish.”

In looking at the life of Jonah, just in the first six verses, we have learned two key lessons: the lesson that obedience calls us up, and the lesson that disobedience drags us down. Today, I want to show you three more.

First is the lesson that’s it’s dumb to run! Jonah knew God’s presence was everywhere (Ps 139). Jonah knew this but didn’t care because he was resigning. He didn’t want the responsibility and figured he would try to outrun God. Little did he know that he was in for some serious trouble.

It’s dumb to run because you can’t outrun God! You can run from God but you can’t hide. It’s like the high-speed chases you see on TV: the chopper is filming from overhead, and the getaway car is trying to outrun a helicopter. It’s not happening. It’s even worse with God, because he’s everywhere and there is no escape. Running from God ends up hurting someone or something. In looking at Jonah’s situation, you see the sailors start tossing the cargo overboard, which would hurt them economically.

It’s also dumb to run because it hurts others. In order to get Jonah’s attention, God sends a storm. The passage states that “the mariners were afraid, and each cried out to his god. And they hurled the cargo that was in the ship into the sea to lighten it for them.” Apparently, the storm was so fierce that waves were crashing into the boat, and in fear of sinking these sailors start to toss over their precious cargo. Their lives were far more important than their stuff. They moved from having a sailor’s mentality to a survival mentality. They are tossing out their livelihoods, barrels and bags of perhaps seeds, grains, wine and spices are thrown overboard in an effort to save their lives.

So often when we defy God’s plans and purposes in our lives, we seldom slow down to think about the consequences of how our choices will affect others. So often precious cargo gets lost in the process. You get a divorce, and the kids suffer as a result. You stay too late at work month after month, and your marriage suffers as a result. You give into that one temptation again and again, and that ends up taking you and everyone else down with you. Yet if you would have stopped running from God, so many others wouldn’t have been hurt by your consequences. This is called the ripple effect.

God speaks through the storms. As a Christian, the worst place to be is in deliberate disobedience. Jonah did this in choosing to get on that boat. He was running from his responsibilities, but we see that “the Lord hurled a great wind upon the sea… so that the ship threatened to break up” (1:4). You might ask, what? Why would God do that? God will do whatever it takes to get your attention, if it means his plans and purposed being carried out. In life, we often find ourselves in storms that are self-induced storms, in a sense. You disobey the Holy Spirit’s prompting to refrain from drinking and end up paying the consequences; you disregard wisdom and you keep spending money you don’t have to impress people that don’t matter, and find yourself in financial crisis. These storms we face come in all shapes and sizes. The kind of storm Jonah faced was one that could have been avoided. God intervened not kill Jonah but to correct him. God will do the same thing in your life, because he loves you and has a plan for your life. If the storm doesn’t work, God will use something else.

God speaks through the unbelievers. Jonah is sound asleep, likely out of spiritual and emotional exhaustion. He’s distanced himself and just traveled some 40 miles, perhaps on foot, to get to this boat, and rather than staying up to chat with the others, he hits the sack. As the scripture says:

“But Jonah had gone down into the inner part of the ship and had lain down and was fast asleep. 6 So the captain came and said to him, “What do you mean, you sleeper? Arise, call out to your god! Perhaps the god will give a thought to us, that we may not perish.” (1:5-6)

When a believer won’t listen to God, or other believers, God gets creative. He uses circumstances and situations. He uses the ordinary and extraordinary to get the person’s attention. In Jonah’s situation, God sent a great storm to get Jonah’s attention. But Jonah was sleeping. So God sends in the sailors. They start calling on each other to pray if you have a God, and then they find Jonah!  Jonah is challenged to pray, and he’s told to arise.  This word has now come to Jonah a second time. Surely he would have remembered that. It was the exact word God spoke to him in his first calling to go to Nineveh! God will do whatever it takes to get your attention.

Last but not least, God is saying come home. He’s calling you as he called Jonah. Come home. Turn from your sin and to your Savior. Jonah needed to turn around and go home. Not to his home in Israel but his home with God. To be at peace with God is to be at home with God. Jonah was not a peace; he was at war.

Home is wherever God calls you to be, even if not the most ideal location. Take for example the Jewish exiles who were called to make a home in a place that was not their own.

“Thus says the Lord of hosts, the God of Israel, to all the exiles whom I have sent into exile from Jerusalem to Babylon: 5 Build houses and live in them; plant gardens and eat their produce. 6 Take wives and have sons and daughters; take wives for your sons, and give your daughters in marriage, that they may bear sons and daughters; multiply there, and do not decrease. 7 But seek the welfare of the city where I have sent you into exile, and pray to the Lord on its behalf, for in its welfare you will find your welfare.” (Jeremiah 29:4–7).

Sometimes God calls us to make the best out of a difficult situation. But God’s plans and purposes are always better than ours.  God further revealed this idea to Israelites in exile in saying, “For I know the plans I have for you, declares the Lord, plans for welfare and not for evil, to give you a future and a hope.” (Jeremiah 29:11)

Years ago, I read a moving story about a young man who had fought with his father and left home. He continued to keep in touch with his mother, and wanted very badly to come home for Christmas, but he was afraid his father would not allow him.

His mother wrote to him and urged him to come home, but he did not feel he could until he knew his father had forgiven him. Finally, there was no time for any more letters. His mother wrote and said she would talk with the father, and if he had forgiven him, she would tie a white rag on the tree which grew right alongside the railroad tracks near their home, which he could see before the train reached the station. If there was no rag, it would be better if he went on.

So the young man started home. As the train drew near his home, he was so nervous that he said to his friend who was traveling with him, "I can't bear to look. Sit in my place and look out the window. I'll tell you what the tree looks like, and you tell me whether there is a rag on it or not."

So his friend changed places with him and looked out the window. After a bit the friend said, "Oh yes, I see the tree." The son asked, "Is there a white rag tied to it?" For a moment the friend did not say anything. Then he turned, and in a very gentle voice said, "There is a white rag tied to every limb of that tree! In fact, there are white rags tied just about every tree along the track!”

That, in a sense, is what God is saying in John 3:16: “For God so loved the world, that he gave his only Son, that whoever believes in him should not perish but have eternal life.” God has forgiven your sins, and waved the white flag over every sin of your past. He wants you home. He wants you to be part of his family. He loves you and is ready for you to come.

I encourage you to come home to God by acknowledging to God your sins, telling God you believing Jesus Christ as your Lord, and confessing him as your Lord and savior today. If you pray that, let us know by contacting a pastor.