How to Spot the Storm Makers 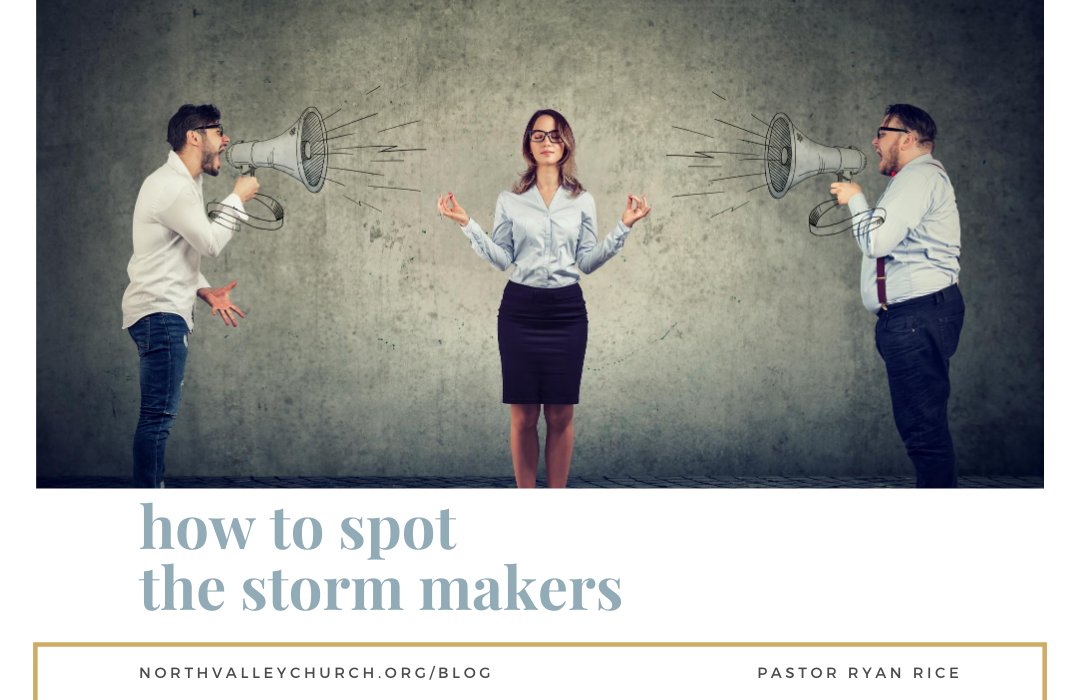 Then they said to him, “Tell us on whose account this evil has come upon us. What is your occupation? And where do you come from? What is your country? And of what people are you?”

From the sailors’ perspective, this storm was not their fault. It’s Jonah’s, or Jonah’s God of Gods! The Bible tells us that the storm was a result of Jonah’s rebellion and God’s relentless mercy seeking to bring Jonah back to himself and Jonah’s purpose in life.

So many storms that we face are a result of other people’s disobedience or disastrous lifestyles. An addict seldom realizes the toll it takes on everyone else; a work alcoholic, a drug addict, or alcoholic often not only hurt themselves but others as well. When Jonah jumped on that ship, this in turn cost the crew all their cargo, and nearly cost them their lives. They quickly discovered Jonah was the Storm Maker, through a series of questions.

The sailors in the midst of the storm stop and try to determine what’s going on by evaluating who’s on the boat, who might be responsible for the storm. Here is the list of questions found in verse 8.

The sailors give a series of questions, likely a group of them asking questions at the exact same time. They are frustrated and fearful. They are on the edge of death and sense that they want to get to the bottom of this.  The questions indicate the importance of evaluation. They asked questions perhaps a little too late. The storm had already hit.

Some people in life are just Storm Makers. Storm Makers don’t bring peace, they create conflict; they aren’t easy to like but easy to hate.  They have a hard time keeping friends. Everywhere they go, problems follow them. Storm Makers have ongoing patterns of blaming, bullying, talking too much, or taking things too far. They somehow move from drama to drama and problem to problem. These are the Storm Maker people of our world.

Too many times, good, well-balanced people marry one, hire one, work for one, live next to one, and it drives them crazy. You can avoid being sucked into their storms by using wisdom and watching for a few things.

HOW TO SPOT THE STORM MAKERS

The truth is, we can all be storm makers to some degree. We create conflict, and not all conflict is bad, but too much conflict on a regular basis is deadly.

Evaluate some of the people in your life that you’ve experienced conflict with. Are these people what we might know as Storm Makers? If so, ask God for wisdom on how to interact with them.