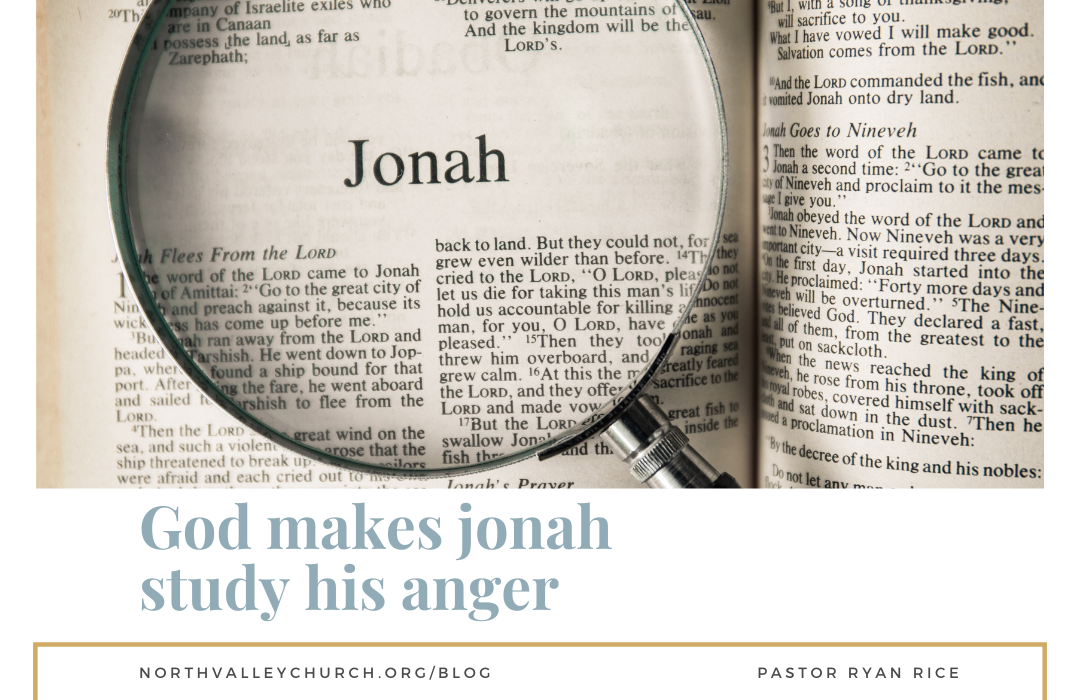 And the Lord said, “Do you do well to be angry?”

As I read this, I laugh. It’s comical to see Jonah act so childish as a grown man who should know better. And here we see God act as a good and gracious father. He does here what he did with his first kids. In the Garden of Eden, when Adam and Eve were in trouble, he doesn’t scold them or yells at them. He starts with a question. (Genesis 3:9)

The obvious answer here in Jonah’s case is no. He is not doing well with his anger. In this short dialogue between God and Jonah concerning his decision to spare the Ninevites from destruction, Jonah mentions ending his life twice.  Instead of talking about it, he leaves. He walks away. (vs.5)

God is gracious. Jonah is guilty. God is trying to help deal with his anger in a healthy manner. Jonah has stuffed it, he’s spewed, and God is saying now that it’s time to study it. The question is intended to have him evaluate his issues and take ownership of his own sin. God would rather have his kids acknowledge what they did wrong than to point it out for them.

This is very similar to the pattern of conflict resolution in the Garden of Eden with Adam and Eve. (Genesis 3) God often uses a series of questions to lead others to self-evaluate and acknowledge their own errors. It’s a gracious tactic of helping his children mature and take responsibility for their actions.