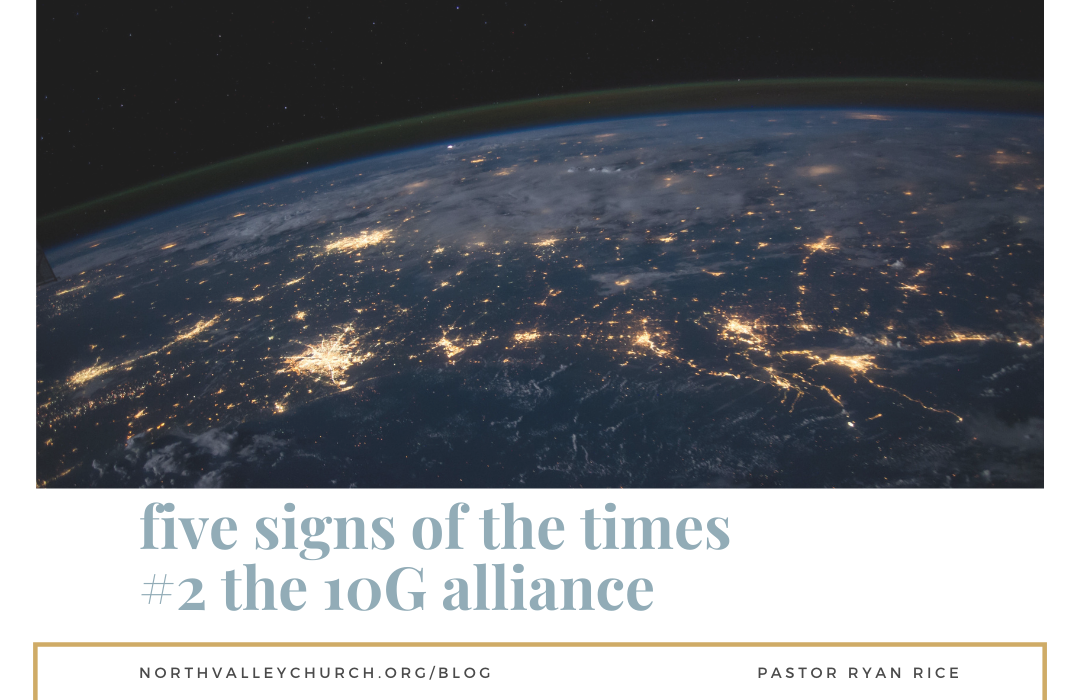 As for the ten horns, out of this kingdom ten kings shall arise

As we study scripture we learn the second sign is what I call 10 G Leaders. These are global leaders that will as prophecy predicts will resurrect Rome! The Roman Empire will one day re-emerge, being brought together by 10 Global leaders. These are mentioned in by the Prophet Daniel some 2,500 years ago.

Daniel was a young man when he was taken captive by Babylonian soldiers. He and his friends were ripped from their families and forced to serve a King they did not love, learn a religion they did not believe, and live in a country that was not their home. Yet through it all God used Daniel as a prophetic voice in a pagan environment to advise and orchestrate his sovereign plans and purposes. Daniel’s gifts were utilized by Kings and political leaders.

We first discovered this group of 10 leaders in the second chapter of Daniel (vs.41-44). King Nebuchadnezzar has a dream and demands it be not only interpreted but predicted what the dream was in the first place. The magicians, the enchanters, the sorcerers, couldn’t do it. Daniel could. He interprets the dreams that not the only application for his day and time but also for us today. This is what’s called a double hermeneutic. The interpretation and application have a double meaning. It’s intended to specifically apply to the present time it was given but also hold a specific and future application for the future as well.

As the Last Days continue to unfold in today’s times. We will see a global alliance of 10 political /global leaders uniting nations to form one superpower to govern the globe. A Global framework is quickly taking formation and will need to take place for the AntiChrist to rise to power.

Soon after the COVID-19 virus began to ravage the world, Gordon Brown, the former Prime Minister of the United Kingdom urged world leaders to create a temporary form of global government, to tackle both the medical and economic crisis. He encouraging an executive leader as well to help lead the group. While this is not a direct fulfillment of prophecy it is definitely setting the stage for this global alliance that’s predicted in scripture.

This 10G alliance will be formed to reconstitute the Roman Empire. This is symbolized again in Daniel 7:7 and clarified and confirmed in Daniel 7:24.

Many Bible scholars have concluded that the European Union is an early sign of what is to come in the future. The EU is in a sense setting the stage for the futuristic 10G alliance of global leaders. Which will revive the Roman Empire and will centralize economic and political power in the west. As well this will set the stage for the coming Antichrist that will in turn take over the 10G Leaders and lead the New Empire much Rome was led in the past. (Daniel 7:8) So, the saying is true. History repeats itself.

In light of this news as we read scripture and see the predictions of prophecies being fulfilled in varying degrees right before our very eyes! We can trust God and look to Him for our guidance for the future. Take a moment to tell God you trust him and will look to him as the future unfolds. He’s been faithful in the past. He will be faithful in the future.