Disobedience Pulls You Down 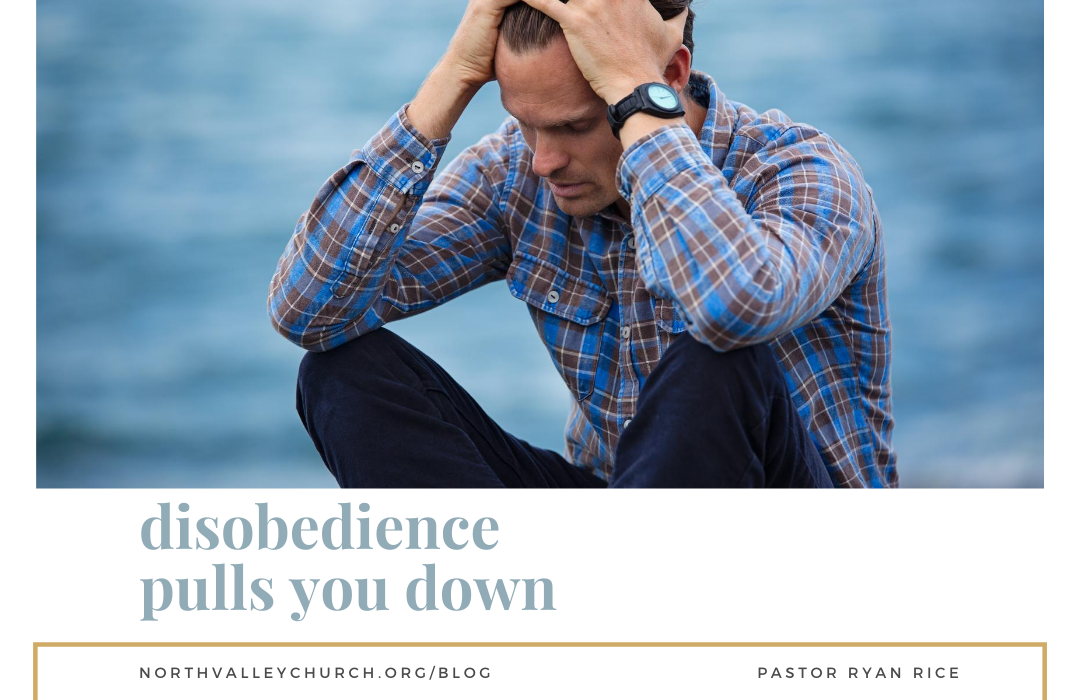 Have you ever done something stupid? Gotten yourself in trouble? Went off the deep end? What does that mean, anyway? It’s a phrase we use to describe when you get into something that’s extremely difficult or overwhelming. It’s also used to describe maybe falling into an addition, or falling into an angry outburst, something that’s out of the norm. Jonah did that: he went off the deep end. Usually, it’s disobedience that gets us there. Sometime it can be ignorance, other times its foolishness. Disobedience in the book of Jonah is what takes him down.

As one commentator from the ESV Study Bible wrote:

“Down to Joppa, down into the ship, down into the sea, and down into the great fish. Disobedience always leads downward. But note that often things seem to “work out” even for a backslidden believer, for the ship was waiting for him and he had the money to pay the fare. He was so at peace that he was even able to go to sleep in the storm!”

All throughout the Bible, downward behavior is connected to disobedience and destruction. Hell is described as being below us, and heaven is above us. Satan and his demons are said to be under the earth, while King Jesus and his angels are above it. The description of sin leads the Christian down. When it comes to temptation and lust, the Proverbs tell us that it leads “down to death” (Proverbs 2:18), while “upright” mentioned in Proverbs 11:11 can bring blessing to an entire city! Or as written in the book of Hebrews, the author says that we are to throw off the sin that so easily entangles us and run the race, fixing our eyes on Jesus (Hebrews 12:1-2).

What’s pulling you down? What sin is in your life that has you a little uncomfortable? Take a minute and talk to God about that. Let the Holy Spirit help you. Let him speak to you, journal down what sense the Lord might say, or share it with a close or trusted friend. At the very least, make a mental note and ask the Lord to help you deal with it, so you can heal from it. Turning from sin is about repentance. As you do, you turn towards God, and God always brings refreshment. Be refreshed today!