The Antichrist Will Be A Cruel Leader 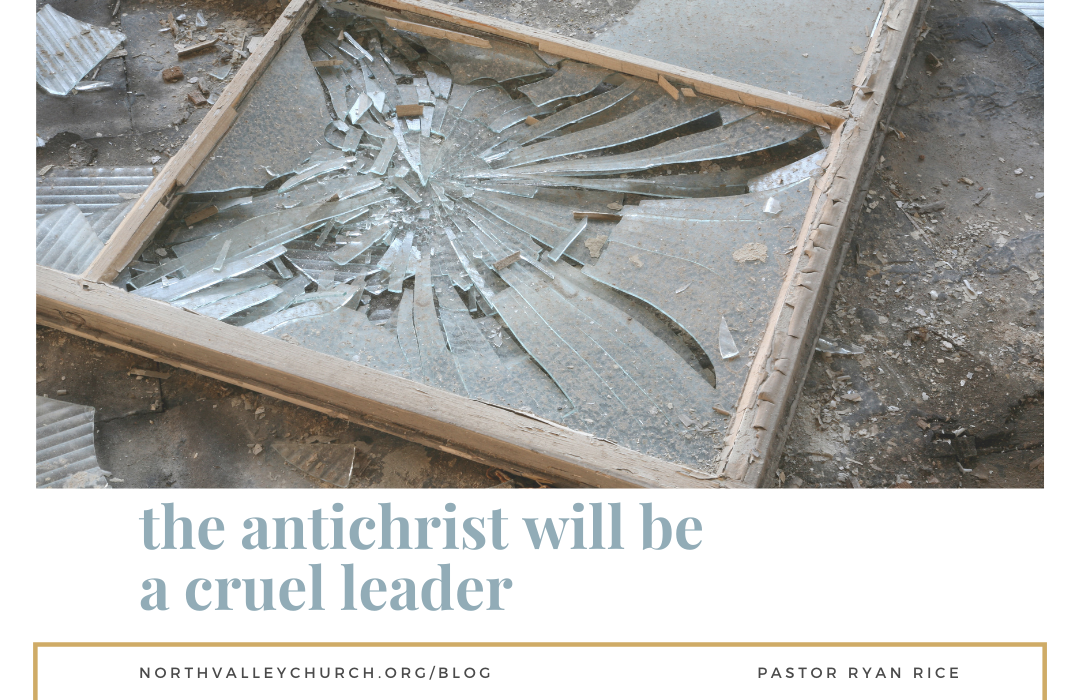 DAY 4 | The Antichrist Will Be A Cruel Leader

The Bible portrays a picture of absolute devastation falling upon the earth. This Antichrist will break believers into pieces. He will trample them down as a rider on a horse would trample over a body on the ground. The bones will be broken to pieces, the body of believers will be beaten and broken (Daniel 7:23-24, Revelation 6:2) The imagery here is one of a cruel leader. He will slowly break down the saints. These tribulations saints will be those that have received Christ as Lord after the rapture. These are those that have been left behind. (Matthew 24:40-41)

When Daniel uses the word “Wear out the saints.” The Hebrew meaning implies that of torture, it’s to break one down, as clothing is worn out when it’s worn out. The Antichrist will move from peace with the Jews to persecution and all the tribulation saints as well.

Charles Colson in his book Kingdoms in Conflict illustrates this kind of cruelty mentioned here in Daniel in describing the brutality of Hitler’s strategy to wear down the Jewish people in the concentration camps.

The first Nazi concentration camp opened in 1933. In one camp, hundreds of Jewish people survived in a disease-infested barracks on little food and threw some backbreaking work. Each day the prisoners have marched to the compounds giant factory where tons of human waste and garbage were distilled into alcohol to be used as a fuel additive. Even worse than the nauseating smell was the realization that they were fueling the Nazi war machine.

Colson went on to report that many of the “prisoners went mad and ran from their work only to be shot by the guards or electrocuted by the fence.” Hitler’s plan was not to kill the Jews quickly, but slowly… to torture and wear down their souls in order to bring maximum suffering.

In his 1925 autobiographical manifesto called, Mein Kampf Hitler outlined his political ideology and his warped plans for Germany. He describes the process by which he became anti-Semitic and pens these chilling words… “I believe today that I am acting in the sense of the Almighty Creator. By warding off the Jews, I am fighting for the Lord's work."

History has a way of repeating itself. The world will see another brutal dictator rise to power, persecute, and kill not only the Jews but also all others as well. He will be a cold-blooded killer,  who will “make war on the saints and to conquer them.”  (Revelation 13:7). This is the coming Antichrist!

Pray for Israel. Pray for the protection of their country from terrorists today. Pray for the church there. Pray for those that know Jesus would make him known to all others.  So that no one will be left behind to face the coming wrath and the Antichrist in the time of the tribulation.